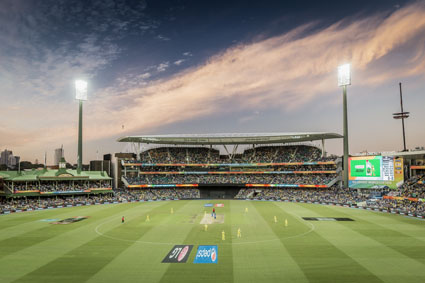 Australia's top cricketers are officially unemployed as of today after a breakdown in talks to secure a new pay deal.

Cricket Australia acknowledged there would be no agreement before the current deal expired at midnight, meaning almost 230 cricketers are out of contract.

With the exception of 70 domestic male cricketers, Australia's domestic players - both men and women – have been off contract since 12.01am today, although participants at the ongoing Women's World Cup in the United Kingdom will be paid for the duration of the tournament.

It was hoped Cricket Australia Chief Executive James Sutherland's return from England could break the impasse between the two bodies, with High Performance manager Pat Howard and negotiator Kevin Roberts having led Cricket Australia's talks with the players' association.

The sport's governing body said the Australian Cricketers Association (ACA) had refused to "show genuine flexibility in the best interests of the players and the game" during the lengthy negotiations.

In a statement Cricket Australia (CA) advised "CA has been disappointed by the ACA's unwillingness to consider the sensible and necessary change CA has proposed to the fixed share of revenue player payments model.”

Australian Cricketers’ Association President Greg Dyer responded “reasonable young men and women have been set upon by their employer with tactics not seen before in Australian sport.

“It’s quite incredible. It’s been a case of divide and rule from the start and when that failed the threats started and haven’t stopped.”

At issue in the dispute is Cricket Australia’s desire to change how the sport’s revenue sharing agreement between the governing body and players that has been in place over the past 20 years.

According to reports, Cricket Australia wants to renegotiate $58 million lump-sum payment due to be paid to top players in October.

It is understood Cricket Australia wants half of that money back to be rolled over into the next pay deal, at the same time bring to an end the revenue-sharing model that is used widely in professional sports around the world.

This summer’s Ashes will be at threat if the situation is not advanced before November. Cricket Australia has warned players they risk six-month suspensions if they take part in unsanctioned exhibition games.

Image: Australia take on India at the Sydney Cricket Ground.