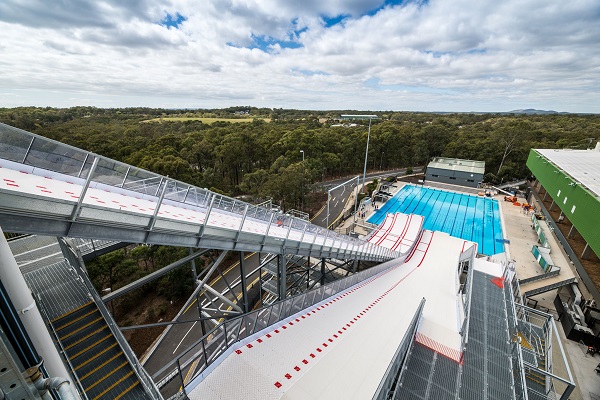 The long-awaited ramp, built as part of the Sleeman’s new Olympic Winter Training Centre, was made possible as a result of a collaboration between the Olympic Winter Institute of Australia (OWIA), the Federal Government through Sport Australia, the Queensland Government and the Australian Olympic Committee (AOC).

The Southern Hemisphere’s first year-round freestyle ski-jumping facility is intended to be a base for elite athletes as part of Australia’s talent and training pathways.

From the top of the new 37-metre-high facility, athletes can reach maximum speeds of over 70 kilometres an hour and launch up to 17 metres in the air to practise their aerial manoeuvres.

Advising that the new facility is a game-changer for Australian winter sport, not only current Olympic athletes but for emerging athletes in the performance pathway, Australian Institute of Sport Chief Executive, Peter Conde stated “Australia has produced multiple Olympic gold medallists and world champions despite our training disadvantages, now this facility will open these sports up to provide more young athletes the opportunity to develop Australia’s future generations of champions.

“Our current Australian athletes will be able to train on the completed facility before the 2022 Winter Olympics, but the impact of this facility will be a game-changer for years to come.” 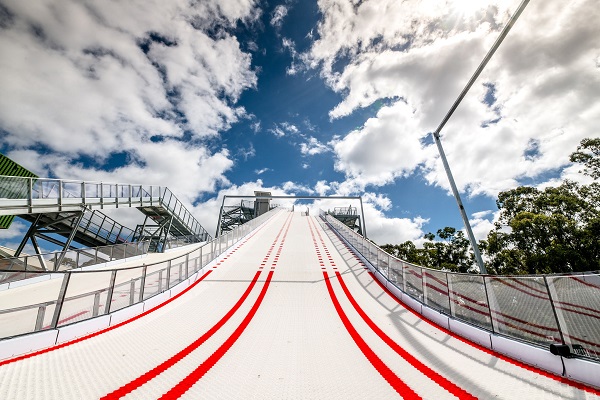 Senator Colbeck noted “through the AIS and Sport Australia, the Government has invested time, energy and funding into this facility because it will have a lasting impact and be a launching pad for generations of athletes and Winter Olympians to come.

“It’s great to see that a key feature of the facility is the different-sized ramps, allowing athletes to progress right from emerging talent through to those preparing to jump for Olympic gold.

“Our Winter athletes have traditionally been at a disadvantage compared to international rivals, having to travel, train, and compete overseas virtually the entire year. We now have a world-class training environment in our own backyard, which our inspiring athletes needed and deserved.”

OWIA Chief Executive and Chef de Mission of the Australian team for Beijing 2022 Geoff Lipshut welcomed the opportunities to give current athletes a performance edge and help identify and develop the next generation of Winter Olympians. 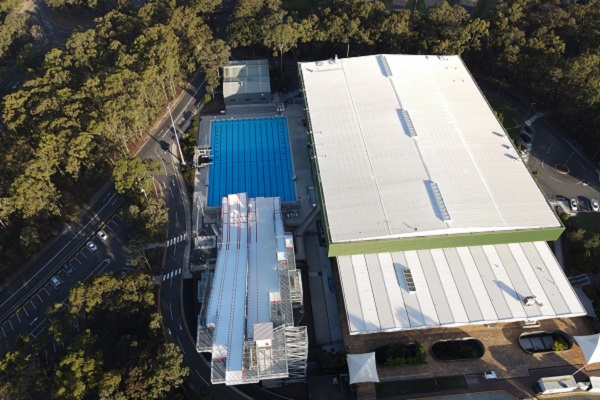 Lipshut added “this is a huge step forward for both athletes at the next Olympic Games in 2022 and importantly for our athletes of tomorrow.

“Through our partnership with Gymnastics Australia, this facility creates huge potential for gymnasts to successfully transfer their skills into aerial skiing.

“This facility will provide a great opportunity for many more young Australians from around the country to get involved in winter sport.”

The ‘Flying Kangaroos’ aerial ski team members Danielle Scott, Abbey Willcox, Gabi Ash and Airleigh Frigo are the first to trial the facility, beginning this week with single and basic double somersaults before progressing to larger jumps and more complex skills throughout the testing phase.

The official opening of the facility is expected to occur in 2021.

Images: From the top of the 37 metre high facility, athletes can reach maximum speeds of over 70km/h and launch up to 17 metres above the water, trialling and perfecting aerial manoeuvres in the safety of the water-landing before transferring them to the snow. Images courtesy of the Australian Olympic Committee.