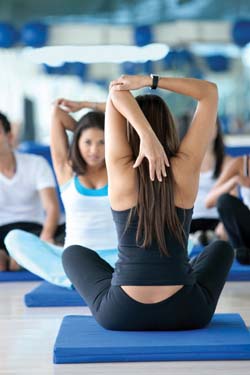 Australians spend $8.5 billion each year on gym memberships, sports equipment and the latest fitness trends, yet 2.9 million Australian households fail to incorporate the expense into their budgets, according to recently released research from Suncorp Bank.

The Suncorp Bank Cost of Being Fit Report, the latest in Suncorp Bank’s Cost of Living Series, found 56% of Australian households are unaware they contribute $2,340 each year to the nation’s billion dollar fitness industry.

The revelation comes at a time when more than six million Australians revealed they have made a 2015 resolution to make fitness top of mind, with one in four committed to spending more in the New Year to achieve their fitness goals.

Suncorp Bank Regional Manager Michelle Bagnall said the average Australian is spending close to $1,000, or $75 a month on fitness activities, yet many fail to incorporate the expense into their budget.

Bagnall stated “it is great to see Australians understand the importance of fitness, with 94% of the country participating in some form of physical activity “Planning and budgeting for fitness expenses will not only assist with budget oversights, but it will help people remain committed to their fitness goals.”

The report revealed more than 4.6 million Australians are members of a gym with almost 1 million spending in excess of $100 per month on membership fees.

Bagnall added “membership expenses, coupled with sports equipment, running shoes and fitness attire can really add up when not budgeted for correctly.

“Australian men are more inclined to join a gym or sporting club, while women are more likely to enlist the support of a personal trainer.

“The report also revealed walking is the country’s most popular exercise, followed by running and the gym. Cycling is more popular than swimming, while new age fitness activities such as cross-fit and yoga also made the top 10.”

South Australia is identified as the most active state, with almost half of all residents taking part in some form of daily physical activity, while Northern Territory residents were the nation’s least active (30%).

Surprisingly, the most time poor Australians (Generation X) are the most physically active, while teenagers and those in their early twenties (Generation Z) are the nation’s least sporty, with only one in four doing some form of exercise on a daily basis.

The research supports the findings by IBISWorld report last year (Gyms and Fitness Centres in Australia), which revealed fitness-related businesses had a collective revenue total of $1.31 billion, with over 2,800 businesses nationwide.

However, the IBISWorld report suggested a potential slowdown in growth, forecasting only an estimated 3.3% growth rate over the next five years.

Key findings of the Suncorp Bank Cost of Being Fit Report:

• 94% of Australians perform some form of physical activity, which equates to 17 million
• Australian men are more likely to exercise daily (40%) compared to women (34%)
• Men are more likely to join a gym, while women are more likely to employ a personal trainer
• NSW is the ‘gym junkie’ state, while Generation Y is the ‘gym junkie’ generation
• Victorians are most likely to play team based sports such as AFL, football and netball -assuming that they prefer the social nature over solo pursuits
• ACT residents will spend more in 2015 on their fitness than any other state, while Queenslanders will spend the least
• Western Australians are the least likely to incorporate fitness expenses in their household budget

Click here for more information on the Suncorp Bank Cost of Being Fit Report.: