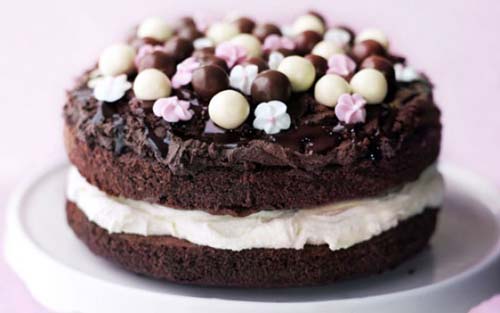 The newly released Australian Health Survey (AHS) food and nutrients data has provided the first comprehensive analysis of what Australians are eating in almost 20 years, showing that 68% of adults are eating biscuits and cakes daily compared with 58% who eat fruit.

The survey conducted by the Australian Bureau of Statistics (ABS) found the average total energy intake marginally down to 7,400kj for women (from 7,481 in 1995) and 9,954kj for men (down from 11,049kj). The survey also showed the average daily intake of carbohydrates down from 257g to 226g for the average adult.

Kellie-Ann Jolly, the Heart Foundation’s National Spokesperson and Director of Cardiovascular Programs, Victoria said that while we have been some improvements in the Australian diet since the 1995 survey there are still some very concerning trends:

• Fruit and vegetables – intake is dismal, with only 1 in 14 people (7%) eating enough. One in four adults reported eating no vegetables, and more than 40% had no fruit.

• Saturated fat – currently the average adult is getting 12% of their daily energy from saturated fat, which is still far too high and more than 70% higher than Australian should be eating. The data also shows that Australian are getting this saturated fat from highly processed foods like cakes, biscuits, pastries (23%); and meats, including processed (21%) and dairy (24% - including things like ice-cream).

• Salt – currently averaging 2,445mg daily - which teeters on the maximum upper limit set by the NHMRC (2,400mg). This means salt added at the table or during cooking (which was not counted) will put most people well in excess of the recommended intake.

Jolly explained “everyone knows that it’s important to eat a balanced diet and be active, but this data reveals just how many of us struggle to achieve this healthier lifestyle. Tackling our expanding weight problem needs to be the country’s top priority as being overweight puts a lot of strain on bodies.”

The Heart Foundation believes that part of the solution lies in the development of the Australian government’s fledgling food reformulation program.

Jolly added “we need a three-pronged approach, with robust food labelling, a comprehensive reformulation program and solid education campaigns. The importance of working with industry to reformulate food cannot be understated.”

Jolly concluded “the Heart Foundation has been pushing hard for this data which will help us to get a picture of the nation’s health and inform our future priorities.

“With poor diet a driving force behind obesity, cardiovascular disease and many chronic diseases – we’ve long known what we should eat but we haven’t known what we are actually eating until now.

“We certainly hope that that it is not another 20 years until the next report, and that this marks the start of regular consistent nutrition data which will help inform our evidence based approach to population health.”

The AHS food and nutrients data is based on dietary recall of a sample of 12,100 adults and children. It is the most comprehensive study of the health of Australians ever undertaken and was conducted by the ABS in 2011/13 and part funded by the National Heart Foundation of Australia.