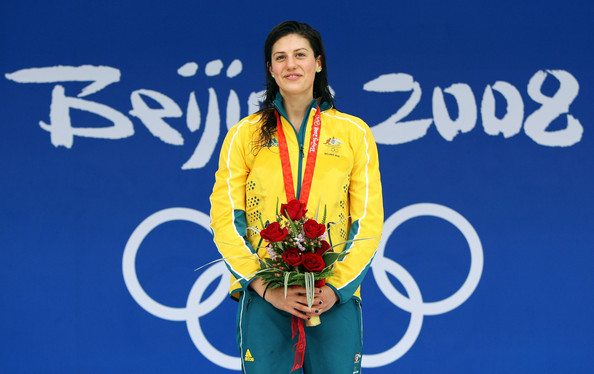 The 2008 Beijing Olympics were watched by 98% of Australians according to research by Repucom International.

According to Repucom International (Australia's largest sponsorship intelligence company), swimming remained Australia's most popular sport, attracting interest from 63% of Olympic viewers, well ahead of the next most popular event, the Opening Ceremony (56%). Meanwhile the performance of Matthew Mitcham helped diving into third position, with 46% of respondents expressing interest in the event.

The triple gold medal performance of Stephanie Rice helped reinforce swimming's popularity, with 8.9% of respondents selecting it as their highlight of Olympic competition. This figure actually rose as high as 11.0% during Week one of competition, but tapered off as the Games continued and new contenders appeared in the form of diver Matthew Mitcham (11%) and pole vaulter Steve Hooker (6%). Interestingly, two of the most dominant athletic performances in Olympic Games history were not widely noted by Australians, with the combined efforts of Michael Phelps and Usain Bolt winning the vote of just 4% of respondents surveyed.

Repucom estimates that the opularity of swimming during the Beijing Olympics equates to interest almost double that recorded outside the Games period, with its annual sport and sponsorship tracker,

SponsorLink, consistently showing cricket and AFL to be the nation's perennial favourite sports. To date in 2008, SponsorLink figures show that 42% of Australian's have a stated interest in cricket, closely followed by AFL (41%), while swimming ranks third on the list, generating 34% interest.

The study also reveals that multinational giant, McDonalds, faired best in terms of the sponsor awareness, with 17% of those surveyed recognising as an official partner of the International Olympic Committee - nearly double that of rivals VISA and Coca-Cola. Australian team sponsors Qantas and Telstra also performed well, both generating unprompted recall levels of 7% among all respondents. Repucom notes, however, that overall recall levels for Qantas actually peaked at 15% in the week immediately following the Games, coinciding with the return journey of the national team to Australian shores on two Qantas jumbo jets.