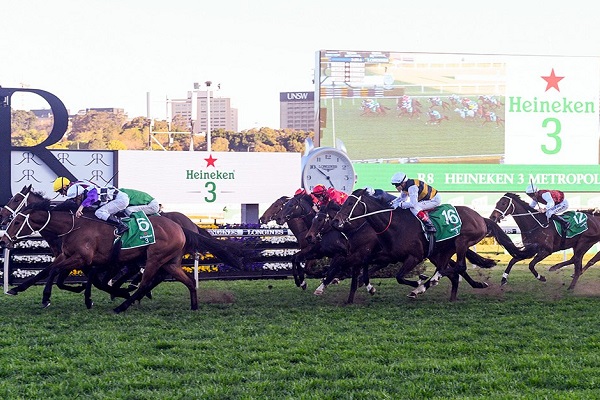 The Australian Turf Club has extended its partnership brewers Lion for a further five years as the beverage company continues its support of Sydney and NSW racing.

As a foundation partner, Lion has secured long-term rights as the official beer and cider partner of the Australian Turf Club on racedays.

Lion products will be served at hundreds of other events across Sydney’s four racecourse venues each year, as well as the Rosehill Bowling Club.

Under the deal, Lion will partner with two exciting new precincts at Royal Randwick for the upcoming Everest Carnival for Australian Turf Club Members and general admission customers.

The Malt Shovel Taphouse will serve Lion’s best craft beers on-tap inside new bar and lounge areas for ATC Members inside the historic and popular Octagonal Building at Royal Randwick.

General admission customers will be able to enjoy Lion’s craft beers from The Malt Shovel Taphouse bar in the public space outside the Octagonal Building from Colgate Optic White Stakes Day this Saturday for the launch of the Everest Carnival.

Pony Palms, a new trackside precinct at Royal Randwick for general admission customers at the Everest Carnival, will feature Heineken as the lead brand on the Leger Lawn.

Heineken will also be a Presenting Partner of a big line-up of music acts at Pony Palms during the Everest Carnival.

Pony Palms features a pool, private cabanas, a host of high-profile DJs and a marquee for racegoers, inspired by the retro-glam golden era of Palm Springs.

Lion, which is owned by Japan’s Kirin Holdings, will team up with feature races throughout the year including the Group 1 $750,000 Heineken 3 Metropolitan Handicap to be run this year on 5th October at Royal Randwick and the Group 1 $500,000 Heineken 3 Canterbury Stakes in Autumn.

Barkley advised “we are thrilled to continue to our long and successful partnership with Lion as we approach the biggest and most exciting spring in Sydney racing history.

“We are especially excited Lion will join with the Australian Turf Club in modern and fun new areas inside Royal Randwick that enhance the raceday experience for all of our Members and customers.”

Brindley added “Lion is enormously proud to be a foundation partner of the Australian Turf Club, and we are very excited to enter the next stage of what is truly an historic partnership.

“It is always a real thrill to see Lion’s fantastic portfolio of brands showcased at the racecourses that host the premier events in Sydney’s racing calendar.”

9th September 2011 - Companies that sponsor outperform those that don’t