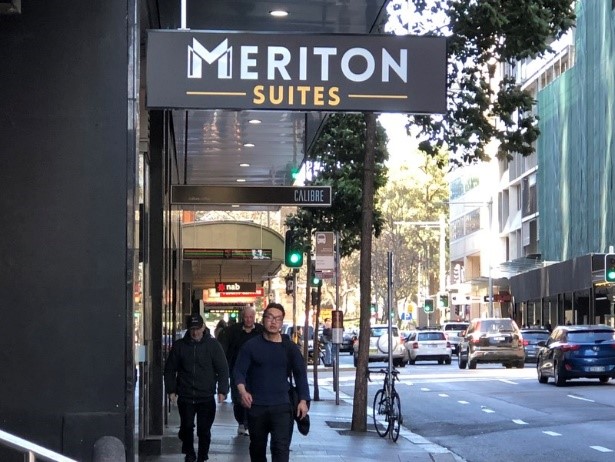 The Federal Court of Australia’s imposition of a $3 million fine on hotel and apartment operator Meriton Suites for manipulating reviews posted by its guests on leading travel advisory website TripAdvisor is a significant extension of the Australian Consumer Law.

Prominent tourism industry lawyer Anthony J Cordato sees that the ruling prohibits misleading conduct not only for guest testimonials posted on the hospitality provider’s own website, but also for guest reviews posted on independent websites such as TripAdvisor, Expedia, Trivago, Hotels.com and Travelocity.

The legal precedent was established on 31st July 2018, in Australian Competition and Consumer Commission v Meriton Property Services Pty Ltd (No. 2) [2018] FCA 1125: Justice Moshinsky of the Federal Court of Australia imposed a penalty of $3 million upon Meriton Properties for misleading the public by filtering, selecting or limiting the guest email addresses it supplied to the TripAdvisor website, by supplying only the email addresses of those guests likely to post favourable reviews.

The TripAdvisor Review Express tool
Meriton Properties operates serviced apartments, called Meriton Suites, in 13 properties in Sydney, Brisbane and the Gold Coast. Each has their own TripAdvisor page.

Meriton participated in Review Express, which is a guest review collection tool offered by TripAdvisor free of charge to hospitality businesses.

To use the tool, the accommodation provider creates an email template, and provides TripAdvisor with the email addresses of its guests at regular intervals. TripAdvisor sends the email to the guests to prompt them to write reviews of their stay.

The tool is used to generate more reviews on TripAdvisor, which is the world's largest travel website. It attracts millions of consumers each month who read the reviews posted.

More reviews lead to more bookings. According to the Review Express Guide webpage “on average, regular Review Express users see an uplift of 28% in the amount of TripAdvisor Reviews for their property.”

TripAdvisor recommends to the hospitality provider “tell your guests you’ll be sending a Review Express email to collect their feedback.”

1. The masking practice undertaken by Meriton Serviced Apartments (MSA), was part of Meriton's standard operating procedure for check out:

Ask guest if they enjoyed their stay. If positive pass a Trip advisor feedback card to guest requesting them to post feedback online and if negative mask guest email by adding MSA to the beginning of guest email address and discuss concerns.

The staff member who checks out the guest is required to sign the form, indicating that they understood that disciplinary action would occur if they did not follow the standard operating procedure correctly.

TripAdvisor sent to guests who made complaints or who were unhappy with their experience would not reach them. Alternatively, Meriton did not forward the email addresses of such guests to TripAdvisor at all.

Justice Moshinsky found that: Meriton created an unduly favourable impression about the quality and amenity of Meriton's serviced apartments.

2. The bulk withholding practice, was to withhold from TripAdvisor the email addresses of all guests who had stayed at a particular property during a period of time when there had been a major service disruption (such as the lifts not working, no hot water, etc).

The practice either eliminated or reduced negative reviews for service disruptions.

Justice Moshinsky found that: Meriton's conduct had the effect of reducing, in the mind of the consumers, awareness of the prevalence of service disruptions at the Meriton properties. In doing so, Meriton created an impression that was incomplete and inaccurate.
Meriton was found liable because it engaged in conduct that was liable to mislead the public as to the characteristics and suitability for their purpose of the accommodation services it provided, in breach of s 34 of the Australian Consumer Law.

What declarations and orders were made by the Court?
The Court made declarations that during the period November 2014 to October 2015, Meriton misled the public by adopting the two practices outlined.

The Court ordered that Meriton be restrained, for three years from the date of order,
from filtering, selecting or limiting the guest email addresses it supplies to TripAdvisor in relation to its use of TripAdvisor’s Review Express service, unless a guest consents to Meriton withholding, or requests Meriton to withhold, his or her email address from TripAdvisor, or such conduct accords with TripAdvisor’s own published rules or guidelines for the submission of email addresses.

The Court ordered Meriton to pay a substantial pecuniary penalty of $3 million, for the primary purpose of deterrence (both specific to this case and generally) because:

• The scale of the Meriton accommodation business was large: over the relevant period (2015, 2016 and 2017 Financial Years), the gross revenue was approximately $240 million. In the 2016 Financial Year it made a profit of approximately $23 million.
• The contravening conduct occurred on a large scale: approximately 14,500 email addresses were masked.
• The TripAdvisor website, where the misleading impression was created, attracted a very large number of consumers.
• Senior management was involved in approving the standard operating procedure. The practice was not the conduct of 'rogue' employees - it was a requirement for frontline staff to mask email addresses.

The calculation of $3 million was based upon 13 contraventions of s 34 of the Australian Consumer Law, one for each Meriton property, for each of which the maximum penalty was $1.1 million ($14.3 million in total). The Court rejected both the ACCC proposal of $20 million penalty and the Meriton proposal of $330,000 to $440,000.

The Court ordered Meriton to establish and maintain a compliance program.

Specifically, during the period of 3 years from the date of order, Meriton is required to provide to the ACCC:

• A Compliance Policy;
• A Risk Assessment Report;
• An outline of the Complaints Handling System;
• Staff training materials and induction materials;
• Compliance Reports
• Copies of reports to the Board and senior management.

Comments
The Court knew of the commercial dimension:

The very purpose of the contravening conduct was to produce a commercial benefit for Meriton by way of increased sales (with a corresponding detriment, at least in most cases, for Meriton's competitors).

With an annual profit of approximately $23 million, Meriton could well consider the penalty of $3 million to be an inconvenience, as the 'cost of doing business'.

To counter this perception, the Court ordered a restraint on the conduct and a strict Compliance Program, for the next three years.

TripAdvisor also took action. It suspended Meriton properties from its website in the period from 19th December 2015 to 11th March 2016.

No reasons are available as to this suspension or why it was lifted, but it is relevant to note that on the Review Express Guide webpage this warning appears “TripAdvisor takes fraud and privacy very seriously … avoid selectively emailing only the guests you believe will write positive reviews. Review Express emails should be consistently sent to all guests.”