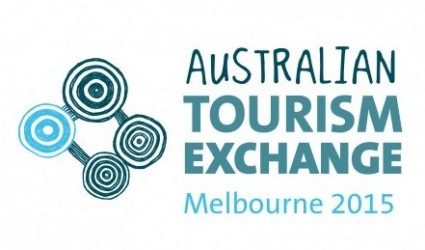 Being held from 21st to 25th June, Australia’s annual tourism showcase is this year being hosted by the Victorian Government in partnership with Tourism Australia at the Melbourne Convention and Exhibition Centre (MCEC).

More than 700 tourism buyers from over 30 countries and a large contingent of international and Australian travel media are attending ATE 2015, where they have the chance to meet with more than 1200 representatives from over 500 Australian tourism companies and tourism organisations.

A record number of first time Victorian tourism companies are participating this year representing experiences as diverse as wildlife sanctuaries, eco-tourism, accommodation, driving and walking tours, wineries and other attractions.

ATE 2015 is set to boost Victoria’s $20.6 billion tourism sector by enabling Victorian tourism companies to meet with leading international tourism buyers and secure new partnerships and business for the year ahead.

Throughout the week, Tourism Victoria and Tourism Australia will co-host events across the city to showcase the best of Australia to the world’s tourism buyers, while a promotional campaign  ‘The Unexpected@ Melbourne’ has been developed to communicate Melbourne’s creativity, innovation and appeal as a visitor destination.

Delegates have been welcomed to Melbourne with signage at Melbourne International Airport and flags and banners around the city.

Commenting on Melbourne’s hosting of ATE 2015, Victorian Tourism and Major Events Minister John Eren stated “hosting an event of this scale in our home state is an enormous opportunity for Victorian tourism and testament to Melbourne’s reputation as a major events city.”

“As one of the most dramatically diverse Australian states, Victoria now attracts more than two million international visitors every year to experience our culture, explore our landscapes and enjoy our hospitality.”