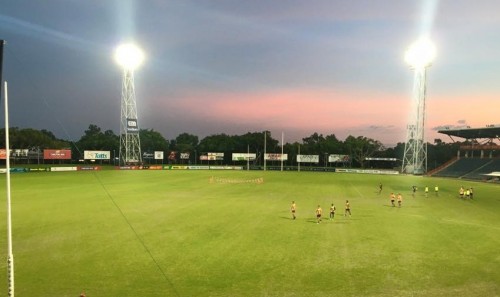 Australians contributed a record $32 million in tax deductible donations to sport via the Australian Sports Foundation in the 2015/16 financial year - taking total funds raised to over $300 million since the Foundation’s establishment in 1986.

Australian Sports Foundation Chief Executive Patrick Walker said fundraising for sport has grown by a massive 88% and generated donations totalling $56 million over the past two years.

Welcoming the record levels of support, Walker stated “the latest financial year result is a great achievement for sport as the Foundation celebrates its 30th anniversary.

“To increase fundraising for sport by $15 million, from $17 million to $32 million in two years, is a tremendous result and testimony of the importance sport plays across all areas of the Australian community.

“The beneficiaries of this amazing generosity are the countless numbers of boys and girls, men and women of all ages who are enjoying greater participation opportunities, improved facilities and equipment in competitive and recreational sport competitions and organisations.

“As a result of the generosity of Australians to support the Sports Foundation’s 1,494 projects, we are delivering significant health, social and community benefits across the country.”

AFL football (27%), Multi-sport organisations (22%) and Golf bodies (21%) were the top three fundraising sports in 2015-16 generating a total of $22 million in tax deductible donations.

A further $7.9 million was raised towards the Rio Olympic and Paralympic Games. State Olympic Council’s fundraised over $4.1 million for the Australian Olympic team, while National Sports Organisations participating in the Olympics and Paralympics generated $3.8 million for the development of their sport.

Walker said the Sports Foundation was committed to reach its $500 million fundraising target by 2020, and generate $100 million in raised funds per year by 2020.

He concluded “we believe we are on track to reach these goals in four years time.

“Not only are annual tax deductible total donations rising to record levels year on year, we had over 700 new sports projects and almost 300 new organisations register with us in the last financial year.

“When you consider that the Australian philanthropic market is $2.9 billion, sport is receiving just over 1% of total donations. So there is considerable upside for Australian sport and for sports organisations if they partner with us and establish tax deductible fundraising programs."

The Foundation is listed in the Income Tax Assessment Act as a Deductible Gift Recipient (DGR) and is the only body in Australian where donations of $2 or more to sports projects are tax deductible.

For fundraising opportunities or to support grassroots sporting communities go to www.asf.org.au