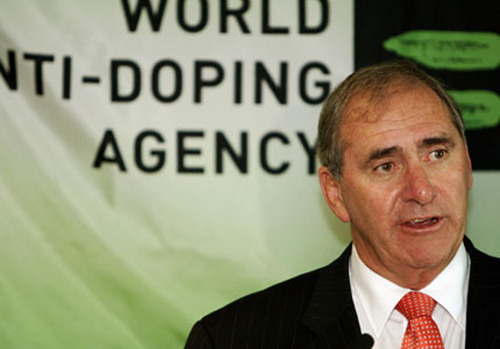 The head of the World Anti-Doping Authority (WADA) says the investigations into the use of banned substances in the AFL and NRL are feeding into a new global code for policing drugs in sport.

WADA members met recently in Canada to complete the anti-doping code's second review since 1999 when the body was formed.

President John Fahey told ABC Radio's AM program that ongoing anti-doping probes into the Essendon Bombers, Cronulla Sharks and other Australian clubs are being watched closely.

Fahey explained "when I got to Montreal last week every day in discussions with people from around the world, they were very, very conscious of the events in Australia.

"Fortunately (doping is) of such a nature that it's attracted so much attention that it hasn't been restricted in the knowledge that's spread to other parts of the world.

"It hasn't been restricted certainly to Australia so there is some factors in all of that which, rest assured, have been the subject of some deliberation and which I believe will be reflected particularly in the investigation sections in the code when it's ultimately approved."

Fahey said the new code is set to crack down harder on athletes using performance-enhancing drugs, adding "it will be a lot tougher in the future on the real cheats, those who are taking the steroids, the human growth hormones.

"They'll get four years (ban) full-stop. The basic penalty to date has been two years.

"On the other hand there'll be some flexibility for those who are able to demonstrate that there is no significant negligence on their part. Some call them, call those sort of people the stupid or the fools."

While, investigations in AFL and NRL have cast a shadow over both codes 2013 seasons, Fahey said the football codes can expect more of the same in the future if the use of prohibited substances continues.

He added "(the new code is) also going to bring into place a lot more in the way of investigations and the capacity to carry out a proper investigation will be strengthened significantly.

"I think that's particularly of interest in Australia in context of what we've been hearing and watching over the past few months in respect of a couple of football codes."

But he said that is still a way down the track, given the timeframe of WADA's policy implementation.

Fahey continued "the code itself changes will be approved in November but because of the lead time and preparation and printing and understanding and education programs that have to go with it, it commences on the first of January, 2015.

"So November it gets the sign-off and it's 14 months 'til it is actually implemented.

"So there is a possibility the inquiry in Australia might still be going at that stage and I say that because the (Lance) Armstrong inquiry went to well over two and a half years.

"I think all of us who follow sport in this country would like to think that the inquiries here come to a conclusion long before that therefore it will be the current code that deals with the current enquiry."