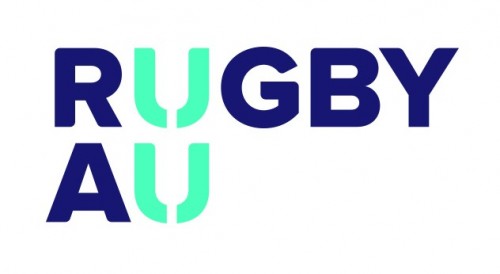 Coinciding with its move to a brand-new headquarters, the national body for rugby union in Australia has been rebranded to Rugby Australia.

Announcing the brand evolution, Australian Rugby Union Chief Executive Bill Pulver advised “after we announced our five-year strategic plan in 2016, work commenced on an evolved brand for Australian Rugby and we are proud to reveal the new brand as we open the doors to a world-class high performance and corporate facility for our game.

“The organisation will be known as Rugby Australia, or ‘Rugby AU’ for short, with our new corporate logo featuring a contemporary abbreviation of ‘Australia'."

The change, which has been planned over the past year, coincides with the opening of a new base for the game’s administration and national teams at Moore Park, Sydney.

The change to ‘Rugby AU’ is part of a broader strategy to re-define rugby’s image for future growth, with a new identity that embodies rugby’s shared vision to 'inspire all Australians to enjoy our great global game'.

The new Rugby AU brand draws on an extensive body of research and reflects the themes and desires identified by the rugby community.

The research has helped the national body to better understand the challenges confronting the sports industry in today’s rapidly changing landscape and to focus its objectives on developing a game that is more accessible, more inclusive and more relevant from today into the future.

The brand evolution is the first step in helping Rugby to deliver on these objectives.

“The new brand highlights the uniquely inclusive nature of our sport, which can be played by people of any background, all shapes and sizes, and of all levels of physical ability."

The well known Wallabies and Wallaroos identities remain unchanged and will continue to represent the pinnacle of Australian Rugby to inspire future generations of fans and participants.

Pulver added “the Wallaby is one of the most recognisable logos in world sport and it remains the symbol of our national men’s and women’s fifteens rugby teams, the Qantas Wallabies and Buildcorp Wallaroos.

“The Wallabies and Wallaroos hold a special place in the hearts and minds of Rugby fans and the history of our game, but recently we have seen an explosion in popularity of the Sevens format across the globe, highlighted in Australia by the success of our Women’s team in Rio last year, and the development of other non-contact and contact versions of the game to encourage new entrants.

“Rugby Australia represents not only the Wallabies and our elite national teams, but all young boys and girls, men and women who strap on their Rugby boots at any level of the game on any given day. This new national brand identity has been created to encapsulate the diverse modern face of Australian rugby.”

The new brand will be supported by a community-centric brand campaign that will showcase Rugby in a new light by sharing the stories of individuals from across the wider Rugby community. At the heart of the campaign is that Rugby is about community, being with others and having fun.

This is the first time the national body for rugby in Australia has rebranded since it was originally constituted as the Australian Rugby Union in 1949.

For more information go to www.rugbyaustralia.com.au