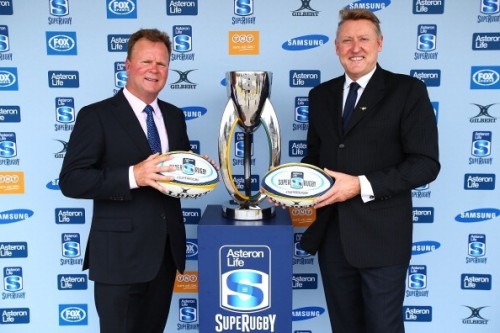 The Australian Rugby Union (ARU) is seeking a new naming rights sponsor for Super Rugby with Asteron Life having elected to end its support for the competition.

Asteron Life’s decision not to renew its sponsorship is a severe financial setback for the ARU and is expected to result in a $300,000 reduction in funding for the five Super Rugby teams.

However, the ARU have assured the Super Rugby franchises they are doing everything they can to find a replacement sponsor.

An ARU spokesman revealed “Asteron Life’s decision not to extend its partnership comes as a result of a shift in business strategy after a successful three-year partnership with rugby.

“ARU is in positive discussions with existing and potential ARU partners about the Australian Super Rugby naming rights for the 2017 season.”

The insurance company’s impending departure follows on from a lack of naming rights sponsors for the recent Test series against England and the upcoming Rugby Championship, which is expected to cost the Super Rugby franchises another $200,000 in reduced funding.

The financial sustainability of Super Rugby is one of the greatest challenges facing the game in Australia.

The 2011 expansion franchise, the Melbourne Rebels, are now privately owned after being propped up by the ARU for several years and the ARU has taken over the Western Force.

Even the established franchises, NSW Waratahs, Queensland Reds and the Brumbies are experiencing financial stress.

In a candid revelation, Pulver advised “what keeps me awake at night still is the long-term financial sustainability of Super Rugby.

“It’s not a Canberra-only issue. I’m in a deep dialogue with all the Super Rugby clubs. The Western Force model we put in place was created out of an urgent short-term financial situation. Canberra is nowhere near the situation we found in Western Australia.

“Their financial forecasts still look pretty solid, but to some extent we are trying to get in front of the issue.”

The Brumbies are waiting to see if they will keep their major sponsor Aquis, who signed an $8 million, six-year deal at the start of 2015, which was meant to secure the club’s financial future.

A Hong Kong-owned investment and development business, Aquis supported the Brumbies with a view to being part of the redevelopment of the Canberra Stadium and its involvement with the Canberra Casino.

Aquis will reportedly reconsider its continued involvement with the Brumbies after of the ACT election in October and its consequences on government attitude towards poker machines.

Image: The ARU's Bill Pulver (left) with Jordan Hawke, Head of Asteron Life at the start of ARU/Asteron Life partnership in 2014.