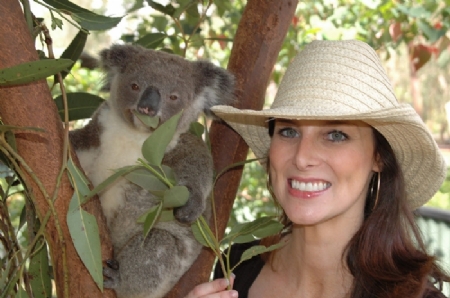 The Australian Reptile Park has celebrated its 60th birthday.

The Park, located at Somersby on the NSW Central Coast, was described by NSW Minister for Tourism, Jodi McKay as having a "fantastic history" and playing "a vital role in the State's tourism industry."

"In 2000, the Reptile Park was devastated by a fire which destroyed its main building and wiped out Australia's largest collection of reptiles, amphibians and spiders.

"But to the credit of park staff and management the Reptile Park survived and reopened just two months later, in time to capitalise on the tourism surge generated by the Sydney 2000 Olympic Games."

Harris stated "tourism is vital to the Central Coast economy and the Australian Reptile Park plays a key role in attracting visitors to the region.

"More than 4.1 million domestic and international tourists visited the Central Coast over the last year, spending almost $770 million in the region."

Secretary Harris added that "the Reptile Park has been the sole supplier of snake and funnel-web spider venoms for Australia's anti-venom program for six decades."

For more information go to www.australianreptilepark.com.au