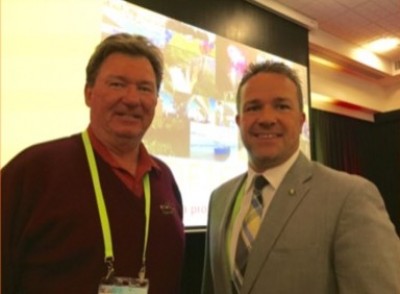 The research aims to highlight the importance of Council spending on tourism in regional areas.

Commenting on the project, Australian Local Government Association (ALGA) President Troy Pickard stated “this research is a huge step in the right direction and will give all levels of government and the tourism industry a better understanding of the important contribution made by councils in tourism and the larger visitor economy.

“(It) will assist councils and government in ensuring Australia’s tourism sector continues to meet the needs of the domestic as well as the growing international market.”

Austrade General Manager Tourism Division Daniel Boyer said the project was an important step in understanding the significant contribution local government makes to regional tourism, commenting “it’s vital that the proceeds of Australia’s current tourism boom are shared widely - local governments have a key role to play in developing the tourism infrastructure that attracts domestic and international tourists to their regions.”

ARTN Chair David Sheldon has spoken to the Federal and State Governments regarding the importance of Local Government’s value to the tourism industry.

He explained “the Federal Government and States contribute to the Industry but where does local government sit?”

“Many speak about $800 million spend on marketing but this does not take into account local government and how much duplication there is?”

“Local government are one of the industry’s foundation stones - they are on both the demand and supply side which many within the industry overlook.”

“The research that we are about to undertake with our partners will highlight the importance and contribution local government make to the visitor economy.

“As the industry strives to meet the much heralded claims that by 2030 Tourism will be one of the nation’s top five economic drivers, we are already the nation’s largest export industry, this research will be critical to enabling infrastructure, regional dispersal, investment and marketing.

“I am convinced the research we about to undertake will change the way we look at the Industry and reduce duplication, it will highlight the importance of regional Australia, it is almost the missing link.”

Prior to the Federal election, Sheldon called for new ways to bring industry and government together and was scathing about the range of existing funding programs.

He stated “they are ad hoc, disconnected and superficial - they do little to increase the competitiveness of regions, let alone drive private sector investment.

“The biggest constraint we have in the visitor economy is our inefficient way of dealing with tourism across the levels of government and across our industry.

“To bring Australia’s tourism industry and three tiers of government together, the Australian Regional Tourism Network has called for a 2030 Visitor Economy Plan."

The Plan would streamline the way tourism is managed, should be prepared and influenced by relevant parts of the Commonwealth and State governments, the Australian Local Government Association and representatives of Australia’s tourism industry, and presented to the Council of Australian Governments for endorsement.

The ARTN has called for:

• A Ministerial sub-committee that reports on investment, skills and training, regional dispersal (transportation; air, roads, rail, ports etc), enabling infrastructure and connectivity hardwired and satellite NBN.
• The rollout and implementation of a regional investment program to enable regional Australia to compete in the 2030 environment.
• Development of a skills and training policy to grow regional and remote employment opportunities - including reviewing the current working visa programs and removing the much troubled backpacker tax.
• Development of a National Agri-tourism platform to generate employment in regions.

The ARTN's 16th annual Convention will be held in the outback Queensland town of Roma from 25th to 27th October.