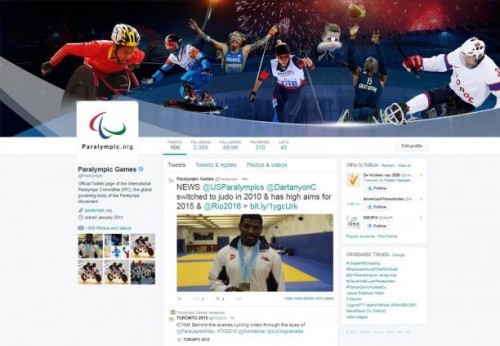 Using social media to tell the history of the Paralympic movement in Australia is the focus of a new research project at The University of Queensland.

The project, titled 'Creating Histories of the Australian Paralympic Movement: A New Relationship between Researchers and the Community', has been awarded funding under the prestigious Australian Research Council Linkage Projects scheme.

The project is a collaboration between UQ's School of Human Movement Studies, through Associate Professor Murray Phillips and Dr Gary Osmond, and the Australian Paralympic Committee and Wikimedia Australia.

Combining the expertise and knowledge of these three organisations, the project will create a new relationship between historical research, disability sport and the Australian community, while exploring and analysing the historical development of sport for people with disabilities in the Australian context.

Associate Professor Phillips said the massive development of disability sport over the past 60 years has helped to change perceptions about disability.

Associate Professor Phillips stated "while the history of the Australian Olympic movement has been widely documented over the generations, little comparable work has been done on the the Paralympic movement in Australia.

"The significance of the Paralympic movement in terms of its power to change public perceptions and attitudes towards disability, to influence public policy and to empower people with a disability as full participants in society cannot be underestimated.

"We are faced with the challenge of researching the history of this movement in all of its cultural, social, technical and political complexities, and exploring its potent symbolism.

"Wikimedia Australia, with its volunteer community, global reach and incredible popularity, is a perfect vehicle to help create and tell the story of the Australian Paralympic movement."

Australian Paralympic Committee Chief Executive Jason Hellwig added that Paralympic sport has had a significant social and cultural impact in Australia, stating "working with The University of Queensland and Wikimedia Australia to capture Australia's Paralympic history is important not only for the Paralympic movement but for the whole of Australia.

"The work both Wikimedia Australia and Assoc. Prof. Phillips have done so far has been great and we look forward to seeing this project take shape.

"It's important for us that the athletes of tomorrow understand and respect those who have come before them and how the movement has evolved over time."

The Linkage project will provide an overarching scholarly narrative, harnessing communications technology in new ways to link scholars, sport practitioners, and skilled online editors in a concerted program to document the history of Australian disability sport both as it has evolved and as it will continue to develop.

The project will have three interconnected outcomes: the first will be the research and writing of the narrative for the hard-copy book, the second will be the development of the e-history and the third will be the creation and development of freely-licenced content on Wikipedia and other Wikimedia projects.