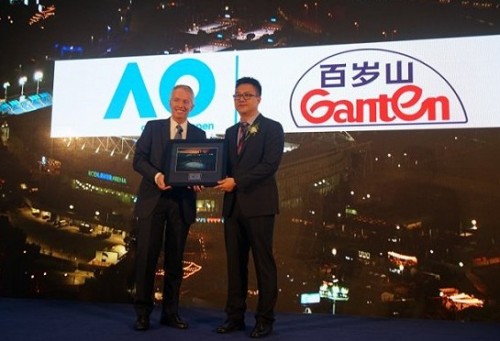 Chinese food and drink retailer Ganten has announced a partnership with Tennis Australia to sponsor the Australian Open, while digital video platform iQiyi is to renew its match-streaming agreement with the sport’s governing body.

Ganten’s water brand, Ganten Natural Mineral Water, is to become a global partner of the year’s opening Grand Slam. As part of the deal, Ganten will enjoy on-court branding at the Melbourne event from 2018 until 2022.

However, IBM's logo will not be seen at the event with its technology partnership with the Australian Open having been terminated after more than two decades.

Ganten's growing involvement with sport has seen it sponsor the 2016 Shanghai Masters and the 2017 China Open as the tournaments’ official drinking water partner while it has also partnered with the Chinese Basketball Association (CBA) as well as the Chinese Super League (CSL), and announced a three-year partnership with Italian Serie A side Juventus in July.

Meanwhile, iQiyi will partner with Tennis Australia until 2021.

The Chinese digital video platform is to broadcast a number of Tennis Australia tournaments in the Asia-Pacific region, including the next four editions of the Australian Open, the Hopman Cup, the Brisbane International tournament, the World Tennis Challenge, and the Australian Open Wildcard. 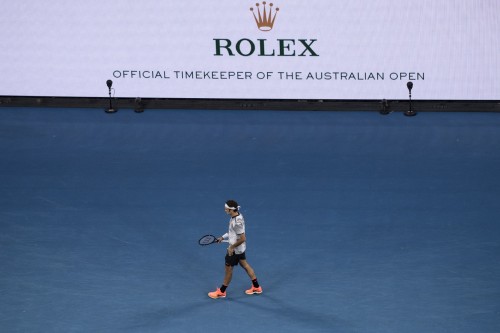 Additionally, iQiyi will be able to feature official Australian Open merchandise on its online shopping site.

The Beijing-based company is also to become the official partner of the Kids Tennis Day at the Grand Slam tournament.

First partnering with Tennis Australia in 2013, iQiyi has sports sponsorship agreements with several tennis governing bodies, including with the ATP Tour and the Women’s Tennis Association (WTA), to stream their tournament and championship matches.

The Australian Financial Review reported that sponsorship income for the Australian Open has risen from $35 million to $86 million in the past three years. The organisation's recently renewed sponsorship agreement with Rolex is understood to be worth $100 million over 10 years.

IBM first partnered with the Australian Open in 1993, and over the years has brought a series of innovations to the Melbourne event, from the launch of the 'speed serve system' in 1993 to more modern technology such as data analytics and social media sentiment analysis.

The partnership includes the highly trafficked website, which surges during the two-week tournament. The site provides players, officials, media and fans with updates, scoring, the ability to watch videos, check timetables and engage with the tournament..

IBM also provides cloud provisioning technology to scale and manage the computing capacity for the site, which received more than 17 million unique visitors in 2015.