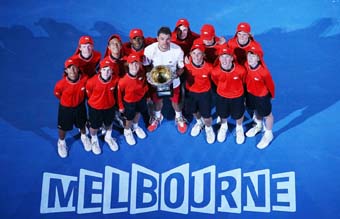 Prize money for next year's Australian Open will rise 10% to $44 million, while special celebrations are planned to mark what will be Australian tennis legend Lleyton Hewitt's final tournament.

At the officially launch of the 2016 Australian Open, Tournament Director Craig Tiley also announced a "friendship" agreement with the Shanghai Masters to open up the major to the Chinese market, with a new WeChat platform that will have a potential audience of more than 600 million.

The rise in prize money sees the Australian Open keep pace with other tennis Grand Slams, which is again expected to feature the world’s best male and female tennis players.

The 2015 tournament provided record economic benefits to Victoria as nearly 120,000 visitors flocked from interstate and overseas.

A record 703,000 spectators poured through the gates, and a report by Deloitte Access Economics found the tournament was worth $245.5 million to the state, and created 1400 jobs. 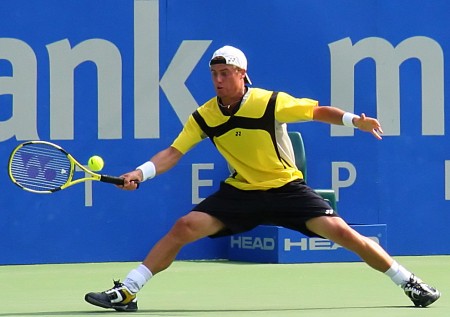 There will also be ANZ Tennis Hot Shots activities for kids at the Australian Open Festival as well as in Garden Square. Along with the Grand Slam Oval, these will be the best places to enjoy the off-court entertainment within the Melbourne Park venue.

Former world number one Hewitt, 34, has been granted a wildcard entry into the main men's draw for the January event, which will be his record 20th consecutive campaign at Melbourne Park.

Tiley said organisers still had to work out the details of how the tournament would honour the two-time major winner as he winds down his playing career, stating “we want to celebrate the great career Lleyton's had, but we need to sit down and talk with him because he will also want to focus on doing the best he can at the Open.”

Currently ranked 296 in the world, Hewitt's best result at his home grand slam is runner-up to Russian Marat Safin in 2005, while he has not made it past the second round in the past three years.