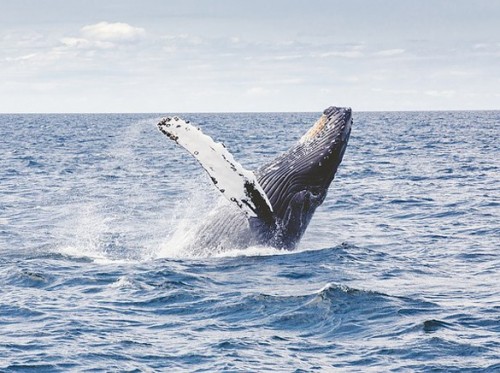 Australian Marine Conservation Society (AMCS) shares that Australians want their government to step up again as the defender of the world’s whales as Japan restarts commercial whale hunting today for the first time in 31 years.

Darren Kindleysides, AMCS Chief Executive notes: “Whaling is a dying industry - it is an outdated and cruel industry selling a product to a market that has all but disappeared.

AMCS and the International Fund for Animal Welfare has released a legal opinion from an international law expert showing Japan’s commercial whaling opens the country to legal action.

Japan’s return to commercial whaling comes the day after its formal withdrawal from the International Whaling Commission (IWC) took effect.

Kindleysides added: “Japan has so far failed to even say how many whales they are going to kill.   But our legal opinion shows that established international laws and conventions - including the United Nations Convention on the Law of the Sea - mean Japan has a duty to cooperate with other countries. Japan is acting with impunity.

“If the Japanese government thought that by leaving the IWC it could wash its hands of its duties under international law, then it was wrong. Today is a historic moment for all the wrong reasons, and the world is looking to Australia again.

“Australia successfully led a challenge in the International Court of Justice in 2014 that showed Japan’s so-called scientific whaling was a sham.

“When Japan tried to get the IWC to lift a 30-year ban on commercial whaling, it was again Australia that led countries to reject Japan’s outrageous proposal.

“Now Australians are looking to our government to step up again to defend whales and, now, to also defend the principles of international law,” concluded Kindleysides.