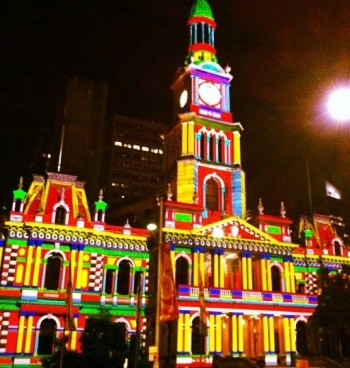 Town halls, a tower and a lighthouse are among 16 Australian landmarks that will light up to mark International Day of People with Disability on 3rd December.

Sydney Town Hall, Telstra Tower in Canberra and the Belmore Basin Lighthouse at Wollongong are just some of the structures that will be illuminated by orange and blue lights.

Seven Australian states and territories will be taking part in Lights Up to shine a spotlight on the importance of inclusion.

Landmarks taking part in 2015 Lights Up are:

International Day of People with Disability (IDPwD) is held on 3rd December each year.

The Australian Government has been supporting IDPwD since 1996 and provides funds to promote and raise awareness of the day around Australia.

People are encouraged to take photos of their local landmarks when they light up and to share them on social media with the #idpwd hashtag.

For more information go to www.idpwd.com.au