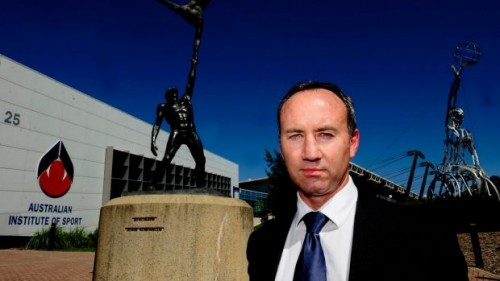 Australian Sports Commission (ASC) Chairman Warwick Smith has announced that Matthew Favier has been appointed the new Director of the Australian Institute of Sport (AIS).

A statement from the ASC Chairman read "on behalf of the Board of the Australian Sports Commission, I am delighted that we have been able to entice Matthew home to Australia from the UK to lead the AIS.

"Matthew is a leader with both deep and broad experience in high performance sport forged over the past 20 years. He developed his skills here in Australia with previous roles in the Queensland Academy of Sport and the Australian Paralympic Committee, before honing his experience abroad with UK

Athletics and most recently, UK Sport. It is significant that Matthew is returning to Australia and reflects the importance of this position in leading the premier high performance institute in the world."

Smith believes that Favier's appointment complements and builds on the Board's recent appointment of ASC Chief Executive Simon Hollingsworth, adding "with this appointment, we now have in place a new leadership team with a strong contemporary understanding of sport in Australia. Importantly, both Simon and Matthew also bring expertise from experiences external to sport in Australia."

Smith noted that the Board was confident that it had the team in place to enable Australia's sporting success over the next decade.

Favier, who has a Degree in Physical Education and an MBA from Sydney University of Technology, has spent the past two years as the Head of Performance Solutions at UK Sport. In that role he has played a significant part in shaping strategic investment of funding to UK sporting bodies, development of high performance strategies and solutions for sports, and leading UK Sports' 'Mission 2012' engagement across more than 50 national governing bodies.

Prior to that role, Favier spent six years at UK Athletics, including as a High Performance Athletics Centre Director.

ASC Chief Executive Simon Hollingsworth noted Favier's extensive experience, adding "with Matthew, the Board has appointed a person with significant Australian and international experience in high performance as an athlete, coach and strategist.

"Not only has Matthew represented Australia - including being a former AIS scholarship holder himself - he has also coached a junior 100m world champion and played a leading role in UK Sport in its build up to the London 2012 Games."

Favier is excited by the opportunity to take charge of the AIS, stating "I'm thrilled to be heading home to take what I think is the most exciting job in Australian sport. Over its 30 years the AIS has a proud history and I cannot wait to start work with our outstanding athletes, coaches, doctors, scientists and other staff to deliver continued Australian sporting success."

Earlier this year, Federal Minister for Sport, Senator Mark Arbib, charged the AIS with the responsibility of leadership of Australian high performance sport. Favier is ready to start work with key partners to deliver Australian athletes on to the podium.

Favier concluded "having been an athlete and coach as part of the national institute network, I am eager to continue the work to deliver an improved and joined up Australian high performance network."

Smith thanked acting AIS Director Phil Borgeaud for his stewardship of the AIS over the past eight months and his commitment to AIS athletes, coaches and support staff.