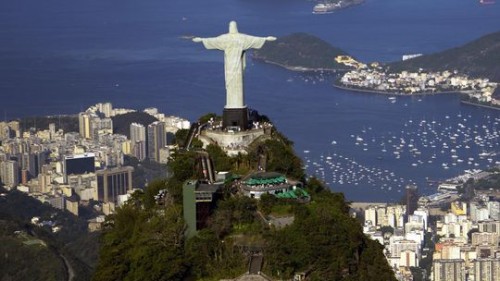 Four Australians have been selected to judge at the biggest events on this year’s gymnastics calendar – the 2016 Olympic Games in Rio de Janeiro, as well as the Rio Test Event, which will serve as the final qualification hurdle for the Games of the XXXI Olympiad.

Rohan Kennedy of NSW will sit on the Men’s Artistic Gymnastics (MAG) judging panel at the Rio Test Event, which will run from 22nd to 24th April, while Paul Szyjko, South Australia; Trisha Hade, Queensland and Darren Gillis, Queensland will judge at the Olympic Games in Men’s Artistic, Women’s Artistic (WAG) and Trampoline Gymnastics respectively.

The MAG and WAG Olympic competition will run from 6th to 16th August, while the Trampoline competition will be held on 12th and 13th August. All gymnastics events at the 2016 Rio Olympic Games will be staged in Rio’s Arena Olympica do Rio.

The selected judges were selected to preside over the sport’s pinnacle events by the International Gymnastics Federation (FIG), with all four currently holding a FIG Brevet 1 judging qualification for their respective gymsports.

Congratulating the four judges on their appointment for Rio, highlighting the honour of their selection given the occasion of the event, Gymnastics Australia Chief Executive Mark Rendell commented “we know that here in Australia we have judges of the highest calibre, and so are delighted for them to receive this recognition, and know they will perform their duties with the utmost integrity and respect for the sport.

“The Olympics is the pinnacle of our sport and only comes around every four years, so we would like to congratulate the judges on their selection, and wish them all the best as they assist our Australian athletes in their ongoing preparations for Olympic selection.”

The Arena Olímpica do Rio (pictured below) is also known as the HSBC Arena. 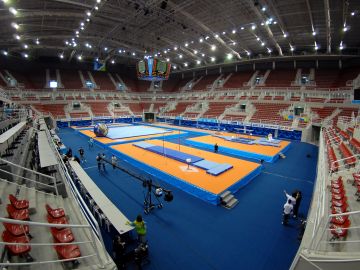