The Australian Government has released its response to the O’Farrell Review of illegal offshore sport gambling, ruling out any liberalisation of online in-play betting.

In September 2015, the O'Farrell Review was convened to consider the measures available to address the activities of illegal offshore wagering operators.

There had been much speculation during the course of the O’Farrell Review that there may be reforms to the Interactive Gambling Act 2001, to allow for in-play betting.

Australia’s sporting bodies and operators had also been seen lobbying the Government to liberalise online in-play betting in the country to fight illegal offshore operators.

Out of all the recommendations set out by the review, the Government has accepted 18 of the 19 recommendations made, all except for one that recommended the relaxation of online-in-play prohibition in the IGA.

According to gaming analysts CLSA the proposed changes are largely positive for Australian gambling giants Tabcorp and Tatts Group, currently the only operators allowed to offer in-play betting over the telephone. 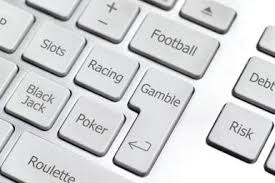 CLSA analyst Sacha Krein stated “while not a material part of the market, we understand it has been an important driver of growth and customer acquisition for competitors of TAH/TTS.”

According to a note released by Addisons’ Jamie Nettleton and Nicola Austin on yesterday (28th April), the Australian Government has made clear that it does not intend to expand the legal online betting market, nor consider any relaxation of the prohibitions relating to online gaming.

The Government has made clear the “click-to-call” services provided by a number of Australian licensed bookmakers are also not to be permitted, closing a loophole that operators had been jumping on in the last few months.

Furthermore, the Government has also set out a number of issues to be addressed in relation to harm minimisation, including consistent nationwide research into problem gambling, a national self-exclusion scheme, a voluntary pre-commitment scheme, a prohibition on credit betting, and more.