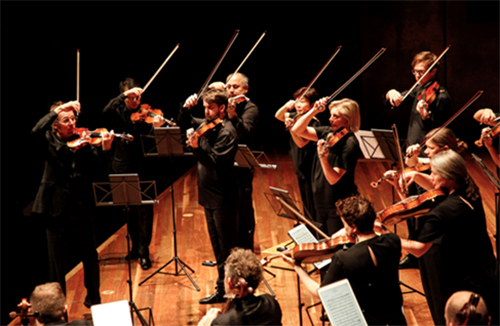 To celebrate the 250-year anniversary of Beethoven, The Australian Chamber Orchestra (ACO) will return next month to City Recital Hall and Wollongong Town Hall with their final concert series for 2020.

The concert series - Beethoven 250 - pays tribute to one of the most influential composers Ludwig van Beethoven.

The Orchestra will continue to work closely with City Recital Hall to adhere to strict COVID-Safe guidelines and ensure the safety of patrons, musicians and staff. Following the announcement of increased capacities for venues, the socially-distanced season will now see 619 seats available out of a venue capacity of 1,238, with additional health and safety measures in place.

Australian Chamber Orchestra Artistic Director, Richard Tognetti advised "we opened our 2020 season celebrating the anniversary of this true musical revolutionary. Beethoven suffered from profound deafness but his extraordinary perseverance and determination led him to become a musical legend, whose music has endured for centuries. Despite the challenges we have faced this year, the Orchestra has continued to bring music to our audiences and it seems only fitting that we conclude 2020 with a celebration of Beethoven’s genius."

Australian Chamber Orchestra Managing Director, Richard Evans added “our Beethoven 250 concerts were previously scheduled to tour nationwide but it was with a heavy heart that we had to cancel our concerts outside of NSW due to border constraints and related restrictions. ACO is a national orchestra and we remain determined as ever to connect with our audiences around the country. With the ever-changing landscape of live performance, we will continue to evolve and adapt, and we look forward to announcing our exciting plans for 2021 very soon."

This year, the ACO have celebrated two significant anniversaries: the 250-year anniversary of the birth of Beethoven and 30 years of fearless artistic leadership from Richard Tognetti. Concluding their 2020 series program, Richard Tognetti will lead the ACO through one hour of music showcasing the magnitude of Beethoven’s enduring legacy.

The concert opens with Schubert, a composer tasked with emerging from the vast shadow cast by Beethoven fifty years earlier, followed by a performance from Richard Tognetti of Vaughan Williams’s The Lark Ascending – a soaring example of the pastoral music form once championed by Beethoven. British composer Anna Clyne offers her own dedication to Beethoven with Stride, a World Premiere commissioned by the Australian Chamber Orchestra inspired by Beethoven’s beloved piano sonata, the Pathetique. The concert will conclude with the last major work Beethoven wrote before he died, his Cavatina & Grosse Fuge. This epic and timeless masterpiece is one of Beethoven’s greatest achievements, and to this day resounds with perpetual modernity.

The socially distanced concerts will premiere at Wollongong Town Hall on Thursday 12th November before touring to City Recital Hall, Sydney from 14th to 20th November 2020.

Further information can be found here