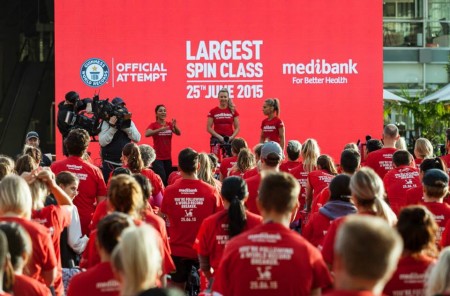 Medibank has helped Australia make fitness history backing over 270 participants as they set a new Guinness World Record for the largest ever spin class at the Overseas Passenger Terminal at Sydney’s Circular Quay.

Held in late June, the event saw Cadel Evans, Tour de France winner and Medibank Ambassador, kick off the event live from Europe – riding along with participants via a link up from Milan.

Against the backdrop of Sydney Harbour, participants combined to complete the spin class world record with an Official Guinness World Record adjudicator in attendance to confirm the achievement.

Commenting on the record, Evans stated “this has been an amazing achievement.

“Spin cycling is a great way to keep fit, active and look after your body joints (and) one of the fantastic things about spin cycling is the fact you can do it as a group and support each other in your workout.

“I’m really proud to see so many people pushing the pedals and taking part in this world first.

“I hope this will inspire Australians to take their first step, or pedal stroke, to better health.” 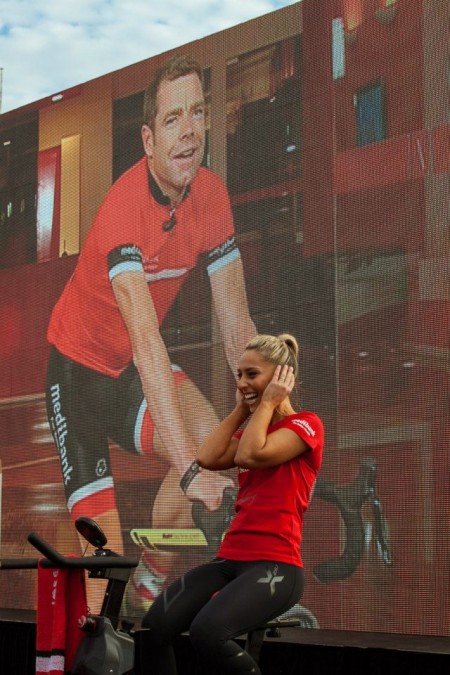 Medibank’s Managing Director and Chief Executive George Savvides stated “at Medibank, we’re on a mission to help Australians to take their first step to better health and (this) was a fantastic testament to that.

“I am so proud of the achievements of all those who participated - so many everyday Australians working together, having fun and proving that simple small steps can be taken to achieve better health.”

Base Body Babes, Felicia Oreb and Diana Johnson, worked hard to make sure everyone was motivated and having a fantastic time at the event, with Oreb commenting "it was great to see hundreds of people cycling in unison and having fun exercising. 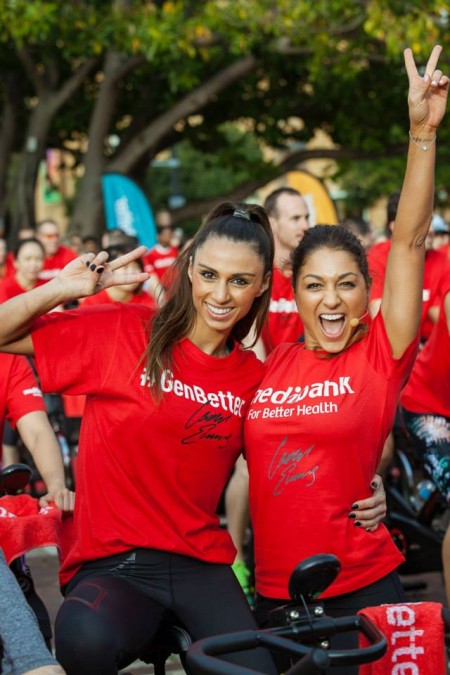 “We had lots of experienced spinners but just as many first timers.

“(This) was definitely an experience to remember and we've made fitness history!"

Medibank’s General Manager of Marketing and Brand, Tamalin Morton, who took part in the event, concluded “it doesn’t matter what your fitness level is, all that matters is having a go at your own pace and achieving your personal health goals.

“It was fantastic to see hundreds of smiling faces today, all exercising together to achieve a World Record – it really shows just how much fun being healthy can be.”

Those unable to attend the spin class were also able to take part, as the event was live streamed across the world via Medibank’s YouTube channel with Australians and people around the globe joining in to ride from their home, work or local gym. 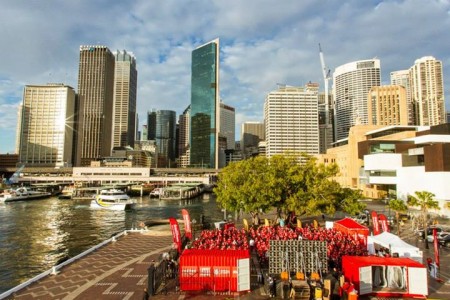 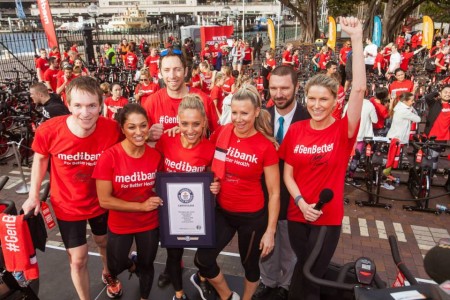 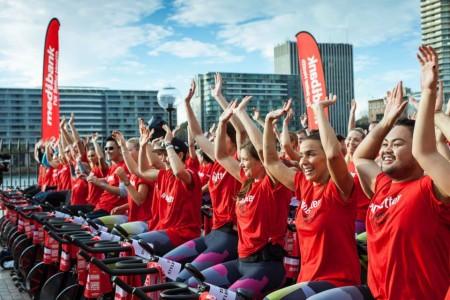