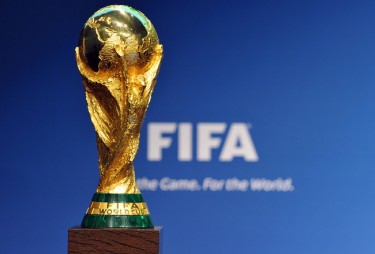 Initial expressions of interest to FIFA, the world governing body for the sport, were required from bidding nations as of yesterday and as Lowy explains, "we have submitted Australia's expression of interest in hosting either the 2018 or 2022 FIFA World Cup tournaments.

"This marks the beginning of a long and important journey, not just for football but for Australia, until we know the outcome in December next year.

"As a nation, sport has provided some of our most compelling and defining national memories.

"We believe this is a passion and commitment that can be shared with the world, and it would form part of a living and lasting legacy to the world from Australia.

"The bid will also help the world understand that Australia is a 'can do' country, where important, major events can happen with a minimum of fuss and a minimum of worry.

"This has always been a very important attribute, but will become increasingly more so in this century."

Lowy added that FFA is unperturbed by reports of bids from a large and growing number of other countries, stating that "we are not surprised by the interest from across the world in hosting this prestigious event."

As of yesterday's closing date, nine other individual nations had registered their intention to bid for the 2018 and 2022 FIFA World Cup tournaments along with Australia. These are England, Indonesia, Japan, Qatar, South Korea, Egypt (which may only bid for the 2022 World Cup), Mexico, Russia and the USA. Belgium and the Netherlands as well as Portugal and Spain have registered joint bids - although these may be rejected by FIFA.

Surprisingly China has not submitted a bid, believed to be as a result of the game being in turmoil in that country (as will be explored in the next issue of Australasian Leisure Management).

Frank Lowy believes Australia's bid can draw on its past experience of staging major sporting events, adding that "we have the capacity, experience and expertise to deliver a successful FIFA World Cup."

Lowy said the next milestone in the journey to host the FIFA World Cup will occur in mid-March when further Bid documentation is required.