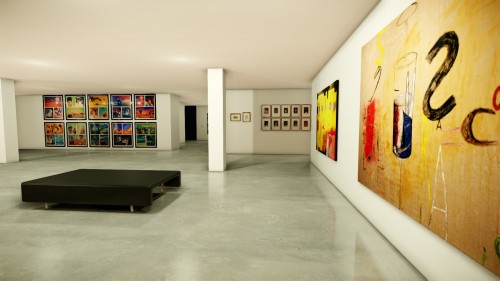 The Australia Council for the Arts has today announced a $6.1 million investment in a range of arts projects through its latest grants round.

Stating that he was impressed by the ambitious projects as well as the consistent diversity of applicants, which demonstrates the effectiveness of the Australia Council’s grants program, Australia Council Chief Executive Tony Grybowski explained “since the new grants model opened in early 2015 we have received nearly 10,000 applications and we’re seeing an increasingly diverse range of artists creating and presenting art in new and innovative ways.

“We’re excited to be able to empower artists to push boundaries and deliver compelling works.”

Many of the works funded will appear in major festivals, such as the Adelaide Biennial or the Biennale of Sydney, as well as MONA FOMA, which attract hundreds of thousands of regional and international visitors, providing a boost to local economies.

In addition to project grants the Council’s career development grants support artists at key moments in their careers and create long term benefits for both the individual and their communities.

Grybowski added “we’re proud to be able to support Australia’s artists to develop the skills and networks they need to create great art and expand to reach new audiences across Australia and the world. We can’t underestimate what powerful cultural ambassadors our artists are for Australia.”

• Virtual Reality artist Josh Harle (NSW) will receive funding for an experimental lab allowing a group of Australian artists to explore the possibilities of emerging techniques.
• Phunktional Limited (Victoria) will be supported to work with young people in Far North Queensland to create contemporary art, working in partnership with Indigenous Elders, as well as local and emerging artists.
• Eve Klein (Queensland  will receive funding for her touring operatic performance and sound installation using audio and video feeds taken from inside the body of a singer.
• Australian Indie rock band Rudely Interrupted (Victoria) made up of people with disability will be supported to travel to Berlin for the Arts and Disability Festival.

Australia Council grant applications are selected through a rigorous process of peer assessment by a panel of experts with knowledge and experience across all areas of artistic practice.

• First-time applicants made up 35% of applications received this round, and represented 20% of all successful applications.
• 19% of grants funding was awarded to applicants based in remote and regional Australia.
• Of the 101 peers used to assess the June round, 31% were based in regional and remote areas, 22% identified as culturally and linguistically diverse, 21% identified as First Nations, and 7% identified as people with disability.

Click here to view a full list of the grants outcomes on the Australia Council for the Arts grants register.

The closing date for the Australia Council's next grants round is 3rd October 2017.