For the second year running, the Australia Council is set to honour eight distinguished Australian artists from across the country who have made an exceptional contribution to the arts over their careers.

In advance of the awards ceremony, to be held in Sydney on Thursday 10th March, Australia Council Chief Executive Tony Grybowski said it was a great pleasure to publicly acknowledge the diverse work and achievements of the eight pioneering artists.

Grybowski stated “these artists are widely respected by their peers and have each played an important role in the national development of their art form.

“Many of them spend considerable time working internationally and are wonderful ambassadors for Australian arts.

“The Australia Council Awards are an important part of our commitment to recognising the achievements and contributions of Australian artists.

“The 2016 recipients join a group which includes some of Australia’s most esteemed artists. Artists who delight and challenge audiences across the country and around the globe.”

The 2016 Australia Council Award recipients are:

David Malouf AO is one of Australia’s greatest writers of fiction, non-fiction, poetry, and libretti. He has achieved great acclaim both nationally and internationally and is respected by critics and readers alike. His novels include Ransom, The Great World (winner of the Commonwealth Writers’ prize and the Prix Femina Etranger), Remembering Babylon (winner of the IMPAC Dublin Literary Award), An Imaginary Life, Conversations at Curlow Creek, Every Move You Make and his autobiographical classic 12 Edmondstone Street. 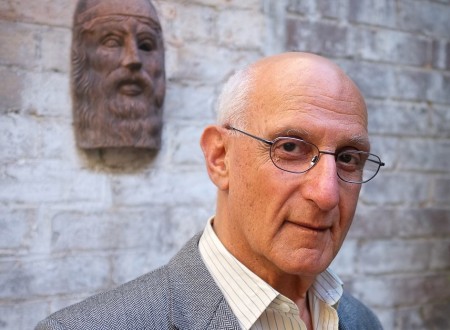 His Collected Stories won the 2008 Australia-Asia Literary Award. His most recent books are A First Place and The Writing Life. Born in 1934, he was raised in Brisbane.

Brett Dean is one of Australia’s most accomplished musicians. He studied in Brisbane before moving to Germany in 1984 to join the Berlin Philharmonic Orchestra. He began composing in 1988, winning the UNESCO International Rostrum of Composers award for his clarinet concerto Ariel's Music (1995), and international acclaim for Carlo (1997). His music is championed by the world’s leading conductors, including Sir Simon Rattle, Andris Nelsons, Marin Alsop, David Robertson and Simone Young. 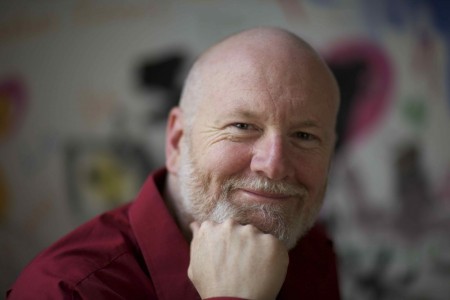 His first opera, Bliss, was commissioned by Opera Australia (2010). He is writing an opera based on Hamlet, with libretto by Matthew Jocelyn and directed by Neil Armfield, which will premiere at Glyndebourne in 2017. Brett is Artist in Association with BBC Symphony Orchestra and Artist in Residence with the Sydney Symphony Orchestra.

Richard Bell has held a number of solo exhibitions since 1990 and works across a variety of media, including painting, installation, performance and video. His work explores the complex artistic and political problems of Western, colonial and Indigenous art production. 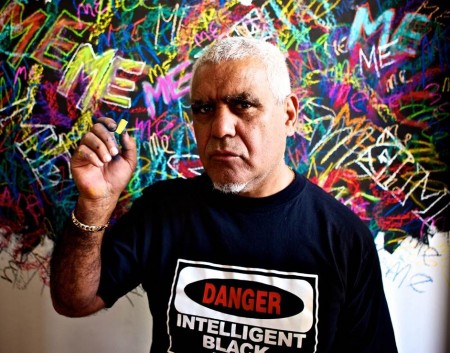 He is represented in major collections in Australia and New Zealand and has had significant solo exhibitions internationally, including at the Stedelijk Museum in Amsterdam this year. His work Embassy will feature in the 20th Biennale of Sydney in March. He received the Telstra National Aboriginal Art Award in 2003. Richard is part of the Proppa Now Collective in Brisbane, which mentors young Indigenous artists.

Kelli McCluskey is an artist and co-artistic director of tactical media art group, pvi collective. Formed in 1998 pvi produces interdisciplinary artworks to affect audiences on a personal and political level. This includes performances, gallery exhibitions, and interventions in public and corporate spaces. Kelli writes, devises and directs for pvi and kick-started the artist-run initiative CIA studios in 2008, which she co-manages. 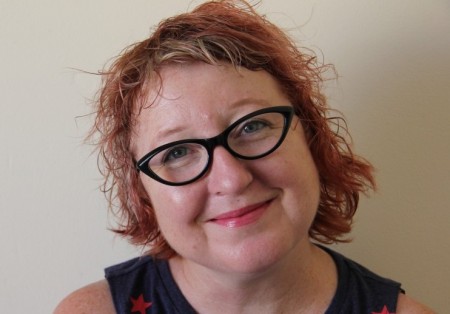 Kelli has toured throughout Australia with pvi, and internationally, including Taiwan, Indonesia, Singapore, Chile, the UK and Europe. In 2011 she co-founded Proximity Festival, Australia’s first annual one-on-one performance festival. Kelli is a board member of the National Association For the Visual Arts.

Lucy Guerin was born in Adelaide. She graduated from the Centre for Performing Arts in 1982 before joining Dance Exchange and Danceworks. She moved to New York in 1989 where she danced with Tere O’Connor Dance, and the Bebe Miller Company, and choreographed works. She returned to Australia in 1996 as an independent artist and began creating new works. 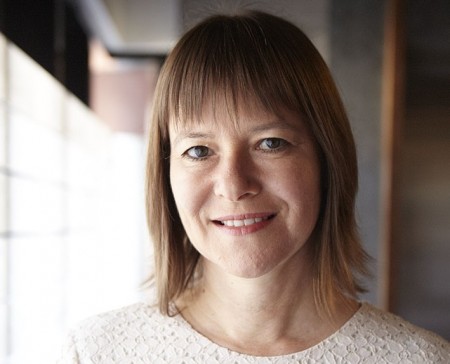 Yaron Lifschitz graduated from the University of New South Wales, University of Queensland and the National Institute of Dramatic Arts where he was the youngest director accepted into its prestigious graduate director’s course. Since then, Yaron has directed more than 60 productions, including large-scale events, opera, theatre, physical theatre and circus. 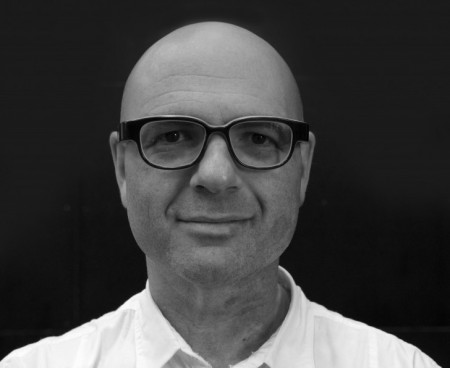 His work has been seen in 33 countries, across six continents by almost one million people. He was founding Artistic Director of the Australian Museum’s Theatre Unit, Head Tutor in Directing at the Australian Theatre for Young People and is Creative Lead of the Gold Coast 2018 Commonwealth Games arts and cultural program. Yaron is Artistic Director and CEO of Circa where he has created works such as CIRCA, “Sâ€, Beyond, Opus, Carnival of the Animals and most recently The Return.

Lily Shearer is a Creative Producer and Cultural Collaborator with more than 30 years’ experience in Aboriginal cultural development, arts management and in theatre and performance making. Since graduating from the University of Western Sydney, Lily has worked in First Nation Australian community theatre in leadership roles on several First Nation Australian theatre and performance projects in Sydney, Western Sydney and regional NSW. 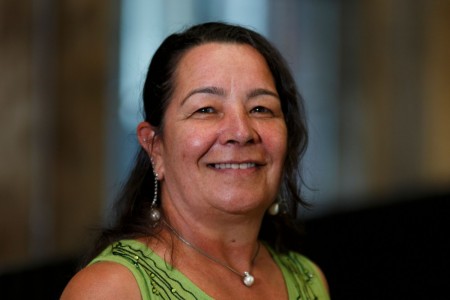 Lily works for the betterment of First Nation Australian communities, and for First Nation Australian theatre and performance practitioners. She is a founding member and Creative Producer of Moogahlin Performing Arts, a First Peoples Cultural Enterprise and resident company at Carriageworks. In 2015 she produced and directed the inaugural Festival of Baiame’s Ngunnhu in Brewarrina, NSW.

Nathan Stoneham is an independent theatre and social practice artist, and arts facilitator working in community and cultural development. Since 2008, he has collaborated with diverse communities across the Asia-Pacific region. With Jeremy Neideck he co-wrote ì§€í•˜ Underground, a queer, bilingual piece of music theatre set in a Korean speakeasy. 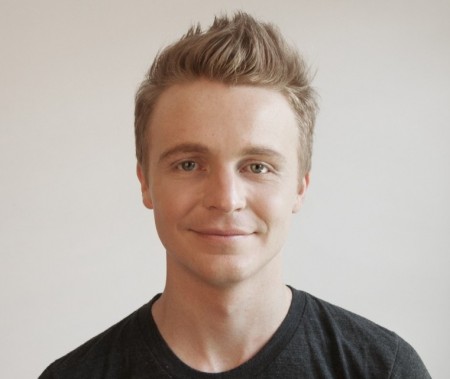 It premiered at Metro Arts in 2011 and toured to the 2012 Brisbane Festival, the 2014 World Theatre Festival and the 2014 HiSeoul Festival in Korea. In 2015 he co-facilitated Nothing To See Here, an exhibition made in collaboration with members of Brisbane and Seoul’s blind communities. Nathan is currently working with five to eight year olds on Stradbroke Island on Inala Wangarras’s Jarjum’s Life Museum, an exhibit about the lives of contemporary Aboriginal children.

Australia Council Award for Lifetime Achievement in Literature, formerly the Writers’ Emeritus Award, acknowledges the achievements of eminent literary writers over the age of 60 who have made an outstanding and lifelong contribution to Australian literature. Past winners include the late Christopher Koch (2007), Herb Wharton (2012), Frank Moorhouse AM (2013), and Thomas Keneally (2015).

Don Banks Music Award honours a distinguished artist aged over 50 who has made an outstanding and sustained contribution to music in Australia. Its name honours Don Banks, an Australian composer, performer and the first Chair of the Music Board. Past winners include Archie Roach (2015), Mike Nock (2014), Kev Carmody (2013), Jon Rose (2012) and Belinda Webster (2011).

Australia Council Visual Arts Award acknowledges the exceptional achievements of an Australian artist who has made an outstanding contribution to the development of Australian art. Past winners include Judy Watson (2015), Fiona Foley (2014), Tracey Moffatt (2012), and Fiona Hall (2011).

Ros Bower Award is given to artists with a proven record of high achievement in community arts and cultural development, driven by the principles of equality, respect, and diversity. Its name honours Ros Bower, a journalist, television producer, community arts pioneer and founding Director of Council’s first Community Arts Board.

Kirk Robson Award recognises outstanding leadership from young people working in community arts and cultural development, particularly in reconciliation and social justice. It was established to honour Kirk Robson who tragically died in a car crash in 2005. He received the Council’s Young and Emerging Artists Initiative and was the Artistic Director of The Torch Project. Past winners of the Ros Bower and Kirk Robson awards include Lockie McDonald, Steve Payne, Alissar Chidiac, Shakthi Shakthidharan, Jade Lillie and Alexandra Kelly.