Grybowski explained “both Marion and Jo are outstanding arts administrators, leaders and advocates across various fields and their combined talents, knowledge and experience will be an enormous asset to the Australia Council in this exciting period of change.

“Marion is an award-winning theatre director and has been Artistic Director of Melbourne’s Malthouse Theatre since 2010.

“Jo Metcalf has extensive experience in various artforms, particularly music and circus, and multi-artform festival experience both here and overseas, and as an arts administrator and producer for organisations including The British Council, Perth International Arts Festival and Amnesty International.

“Jo is currently working in the UK and will be returning to Australia to take up the position with the Council.”

The new appointments come after former Australia Council Theatre Director Lyn Wallis accepted the Artistic Director role at HotHouse Theatre in Wodonga. The Director National Development is a newly created position as part of the reform process currently underway at the Australia Council. This role will lead the team of arts practice directors who sit within the new Arts Strategy division headed by Dr Wendy Were.

Grybowski added “both Marion and Jo possess a great working knowledge of international and Australian arts culture, including our unique rural and regional arts

“They join a highly professional and energetic leadership team at the most dynamic period of transformation in the Australia Council’s 40 year history.

“We congratulate them on their appointments and look forward to Marion’s arrival in April and Jo’s in March.”

Grybowski said the appointments completed an extensive period of rebuilding across the Australia Council that included a new pool of rotating artistic peer assessors, the release of a Strategic Plan and a new grants model, which began this month, to ensure the Council is more responsive to the needs of artists and organisations.

The other key change within the team of Arts Practice directors is the appointment of Dr David Sudmalis as Director Emerging and Experimental Arts, replacing Andrew Donovan, who moves to Director Artists’ Services within the new centralised Grants division headed by Frank Panucci.

The Arts Practice directors will continue to work closely with the Grants division and peers as they engage strategically with the sector to promote artistic vibrancy and sustainability, and identify trends and issues within the artform. The reshaping of these roles will complement the strategic advisory focus of the Chairs of Arts Practice, as they work collaboratively to ensure rich artform knowledge informs the work of the Council.

The Australia Council’s new grants model opened last week with the first round of applications closing on 3rd March. 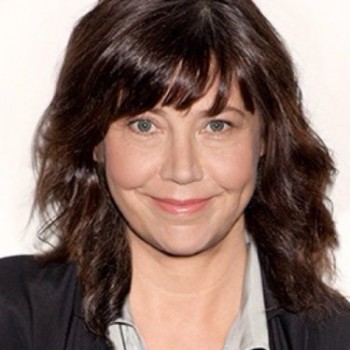 Marion Potts
The Malthouse Theatre has been led by Artistic Director Marion Potts since 2010.

Prior to this, Potts worked with many of the country’s finest theatre companies.

She was Bell Shakespeare’s Associate Artistic Director and Artistic Director of its development arm, Mind’s Eye from 2005-2010; Resident Director for Sydney Theatre Company from 1995-1999. She was a founding member of HotHouse Theatre’s Artistic Directorate, the Curator of the 2003 National Playwrights’ Conference, Chairperson of World Interplay and a member of the Theatre Board of the Australia Council.

For Malthouse Theatre, Potts has directed The Riders (with Victorian Opera), Latitud (with Dramafest, Mexico), Ugly Mugs (with Griffin Theatre Company), The Dragon, Hate, Wild Surmise, Blood Wedding, Meow Meow’s Little Match Girl and its return season at the Southbank Centre in London, ‘Tis Pity She’s a Whore, Sappho... in 9 fragments, and Venus & Adonis (with Bell Shakespeare) and its return season for Auckland Festival. Other theatre directing credits include: King Lear, Hamlet, Othello, The Taming of the Shrew (Bell Shakespeare); The Wonderful World of Dissocia, Playgrounds, Volpone, Don Juan, Life After George, Cyrano de Bergerac, The Crucible, Navigating, Del Del, Closer, The Herbal Bed, What is the Matter With Mary Jane?, Pygmalion, Where Are We Now?, The Café Latte Kid, The Blessing, Two Weeks With The Queen (Sydney Theatre Company); Grace (Melbourne Theatre Company); Equus, The Torrents, Gary’s House, A Number, The Goat or Who Is Sylvia? (State Theatre Company of South Australia); Constance Drinkwater and the Final Days of Somerset (Queensland Theatre Company).

Potts has received numerous nominations and awards, including the Helpmann Award for Best Direction of a Play in 2006. 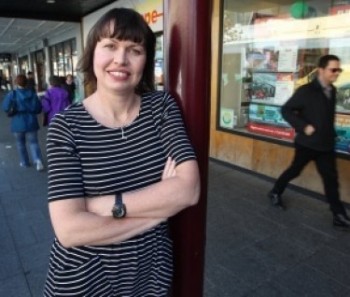 Jo Metcalf
Jo Metcalf has recently worked with Australian companies such as Circa and Black Arm Band as an International Producer and has more than 20 years of experience in the multi-arts sector, both in Australia and overseas.

Metcalf is a respected arts professional who has managed innovative creative partnerships, complex cultural relationships, and produced award-winning artistic projects. She has delivered regional creative programs, designed and implemented global arts strategies and led creative organisations. This includes Creative Producer at Wales Millennium Centre from 2013-2014; Contemporary Music Associate at Perth International Arts Festival from 2011-2014; Head of Art at Amnesty International from 2009 to February 2013; and Director, International Partnerships & Programs at Circa from 2009 to 2012.