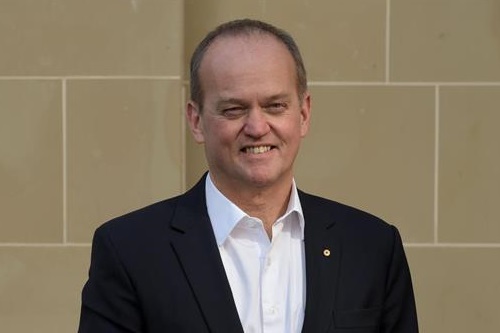 The Australia Council for the Arts has today announced the appointment of Adrian Collette as its next Chief Executive.

Currently employed as the Vice-Principal (Engagement) at the University of Melbourne, Collette's career has also included a 16 year stint as Opera Australia's Chief Executive and 10 years in the publishing sector.

Announcing the appointment, Australia Council Chair, Sam Walsh advised “Adrian is an outstanding leader who brings a wealth of experience and unwavering passion for the arts to this role. He also brings deep knowledge of the Council through his valuable contribution as a Council Board member.

“We are very confident that Adrian will deftly steer the Australia Council through its next exciting chapter, ensuring the Council’s ongoing commitment to the arts enriching the lives of all Australians.”

Welcoming his new role, Collette advised “I am honoured to take the reins of this exceptional organisation with which I have had a close connection for decades. I acknowledge the great achievements of those in whose footsteps I follow, not least Tony Grybowski who has taken the Council through its most significant transformation in its 50 year history.

“I am looking forward to working with the Council Executive and staff to continue our important work of championing and investing in the arts so that the great benefits of the arts may be experienced by all Australians.

“Creative endeavour is increasingly being recognised as essential to more vibrant, prosperous and inclusive societies. I believe we need to listen to all our communities and respond with fresh approaches to supporting Australian arts and culture. This means opening doors to support for new forms, diverse practice and celebrating our extraordinary First Nations arts.”

Collette's current role at the University of Melbourne includes the oversight of the University’s museums and galleries and its many arts sector partnerships. His recent achievements and work in building the University’s civic engagement will be an excellent foundation to further the Council’s ongoing advocacy for the public value of the arts and their place in the lives of all Australians.

He has developed a close collaboration with the University’s indigenous leaders and scholars, particularly around the development of the University’s partnership with indigenous communities. His experience as a member of the Australia Council Board since 1st July 2013 and as Chair of the Major Performing Arts Panel will also provide significant advantages in his new role.

He was made a member of the Order of Australia in 2008 for service to the performing arts particularly through executive roles with Opera Australia, as a mentor to young artists, to publishing and to the community.

“We hope that Adrian’s number one job is to remove the $300,000 cap on four-year funded organisations, and return project grant funding to 2012/13 levels.”

“The last few years have been tumultuous for the arts community following the slashing of the Australia Council’s budget in 2015, which forced some small companies out of operation, and the creation of the shortlived Catalyst Fund in the office of the Arts Minister.

“Confidence in the sector has been slowly rebuilt over the past two years, but the upcoming review of funding for major performing arts companies has created further uncertainty.

“MEAA will be making strong representations to the review on behalf of our members who work for the state symphony orchestras, Opera Australia, and other MPAs.”