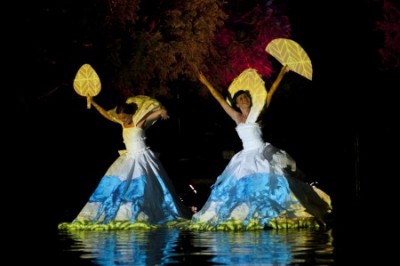 Australia Council for the Arts Chief Executive Tony Grybowski has announced the 2016 Australian Performing Arts Market (APAM) would be held in Brisbane from 22nd to 26th February next year.

A number of information sessions about the benefits of attending APAM and grants available from the Council will be held in Australia and New Zealand from next month.

APAM is the leading biennial industry event for contemporary performing arts in the Asia Pacific region and it would again be co-presented by Brisbane Powerhouse.

Grybowski stated “APAM 2014 was a tremendous success, attracting more than 600 artists, presenters and producers from around the globe to see firsthand the best creative works of Australian and New Zealand arts.

“The Australia Council established APAM in 1994 to provide Australian performing artists and companies with a platform to share their stories and talent with Australia and the world.

“APAM is a key initiative to realise the goals in the Council’s Strategic Plan. It enables Australian work to cross borders, including strong representation from contemporary Aboriginal and Torres Strait Island performing arts.

“APAM connects producers with national and international presenters to begin collaborations and form partnerships, which lead to diverse Australian work being developed and seen internationally. It also helps grow the profile and reputation of Australian artists as creators of outstanding work.”

Grybowski said 25% of presentations at APAM 2014 were by Indigenous artists.

Grybowski added “there is growing interest from national and international audiences and presenters in Indigenous arts and the Australia Council is proud to bring these two groups together.”

Brisbane Powerhouse Artistic Director Kris Stewart said he was pleased Brisbane Powerhouse would be hosting APAM for the second time, stating “APAM is a formidable international initiative and offers a great opportunity to put Brisbane on the map as a global destination for contemporary Australian performing arts.” 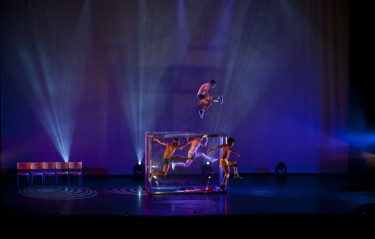 Melbourne performance artist Tristan Meecham attended his first APAM in 2014. He pitched his concept Miss Universe and showed a segment of Fun Run, which has been staged at Next Wave, Darwin and Sydney festivals, and is now in negotiations with festivals in Asia and Europe.

Meecham explained “being able to present my work and start a conversation with a broad range of international producers and funders was a unique opportunity.

“There was a good cross-section of work from independent artists, small to medium and larger companies, which provided great representation, exposure and opportunity.”

Meecham had some advice for artists and companies thinking of attending APAM 2016, concluded “go to APAM with your producer’s hat on, research which context is most appropriate for your work and charm those presenters and partners.”

APAM 2016 will be presented by the Australia Council for the Arts in partnership with Brisbane Powerhouse. Brisbane City Council is the principal supporter of APAM. The Queensland Government, through Arts Queensland and Tourism and Events Queensland, proudly supports the event.

For more information on APAM 2016 or to register for an APAM information session, go to www.performingartsmarket.com.au/