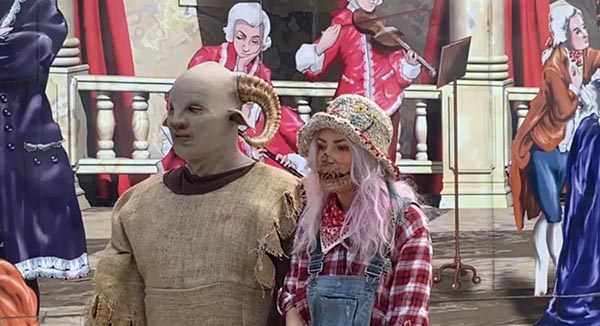 Sunshine Coast theme park, Aussie World, has announced it will continue to open its gates for Ride the Night events every Friday from 4th December and throughout the school holidays, heralding a comeback for night events - this time on a larger scale.

Events Manager, Tom Turner advises “given the overwhelming popularity of Aussie World during the September school holidays, with several days sold out prior to the park opening, we are expecting these events to sell out very quickly.

“With many people now exploring their own backyard and taking road trips, we have enjoyed fantastic visitor numbers and expect that to continue into the summer months.”

These events will give locals and visitors the chance to experience all Aussie World has to offer by night, with a range of themes set to take over the park on different nights including Christmas and Australiana.

Guests will be able to immerse themselves in a vibrant and fun atmosphere, with live entertainment throughout the evening, and the chance to enjoy Aussie World’s range of thrill rides and family-friendly attractions.

The Sunshine Coast’s Aussie World and Banana Bender Pub will be kicking off a series of exclusive themed after dark events with the new-look Ride the Night starting this weekend, complete with a Halloween twist.

As part of Aussie World’s commitment to being a COVIDSsafe venue, tickets must be purchased online.

For more information go to www.aussieworld.com.au/events/ride-the-night-halloween