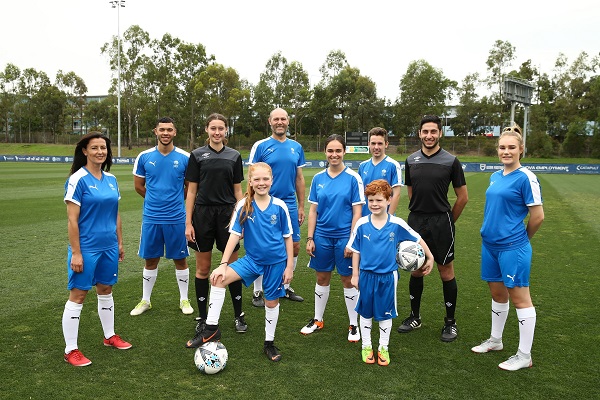 The latest AusPlay survey released by Sport Australia has once again confirmed football’s position as the number one organised club-based participation sport in NSW, with more than 516,000 participants enjoying the round ball game.

Both Football NSW and Northern NSW Football (NNSWF) once again achieved healthy registrations for 2019 as the game continued to blossom across all sporting codes.

Advising that he was delighted that the AusPlay Data highlighting football as not only the number one sport in the state, but in the country, Football NSW Chief Executive, Stuart Hodge stated “football plays such an important role in our communities, providing significant physical and mental health benefits, helping the fight against obesity, promoting social cohesion and multicultural inclusion.

“Football NSW once more continues to experience exceptional growth with 11% growth over the past five years for the winter season.

“This is undoubtedly due to the phenomenal work of our Associations and Clubs.

“Summer football has also grown significantly with 60,000 players registered showing a record number of females, referees and coaches in the game.

“These stats further strengthen football’s case as a year-round sport for participants and with the additional growth in Futsal, puts an increasing strain on facilities of all types.

“Grant sources such as the NSW Asian Cup 2015 Legacy Fund and Lets Light Up Football have assisted associations and clubs in improving their venues but a lot more has to be done to keep up with high demand which will further increase football’s popularity.

“As our game continues to grow and develop, we face several challenges including an increase in participation and population along with pressure on facilities with added demands for drainage and lighting and amenities, as some clubs are stretched to accommodate the player demand in their area.

“Football continues to partner with all levels of government to provide support with funding participation programs and infrastructure upgrades, but as the Hyundai A-League, Westfield W-League and National Teams popularity increases within Australia and Internationally, the demand to participate in football will continue to surge.”

NNSWF Chief Executive, David Eland congratulated the thousands of volunteers at the grassroots throughout Northern NSW for providing opportunities for people of all ages in their respective communities to enjoy football, adding “more people played football in 2019 in Northern NSW than in any other season.

“The number of players participating in traditional club-based competitions has increased by 14% since 2015 and the number of registered female players has soared by a staggering 23% during the same period.

“NNSWF’s new strategic plan identifies Inclusion and Diversity and Women and Girls as priorities. It’s therefore vital that all levels of government support our efforts to increase the number of people pursuing healthy and active lifestyles by investing more in football facilities which are safe, welcoming and fit for purpose.”