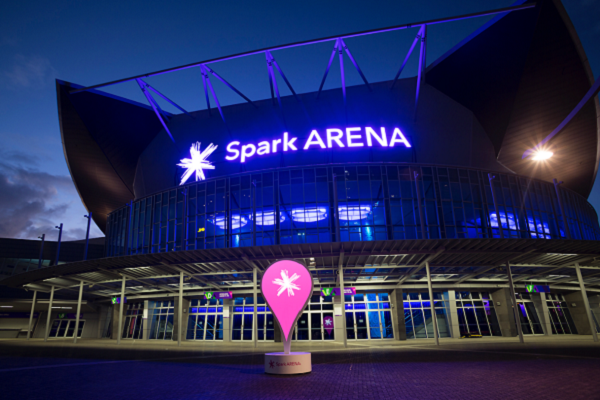 Spark Arena in Auckland has been recognised by global entertainment publication Billboard as being among the world’s top performing indoor venues.

Listed in Billboard’s newly published 2019 Arena Power List, Auckland’s 12,000 capacity arena was ranked seventh in the ‘Top 10 Arenas with a capacity of 15,001’ based on annual gross sales.

Its performance saw it ranked above London’s Wembley Arena.

In operation since 2007 and having hosted close to 5.5 million people across a diverse range of shows, Spark Arena is a key driver of inbound tourism to Auckland with people from across New Zealand attending world class events at the venue.

In 2015, Live Nation became a majority shareholder of Spark Arena, alongside Michael Coppel, and Stuart and Judith Clumpas who began operating the arena from 2010.

Just last year, Clumpas was appointed Chairman of Live Nation New Zealand and under his leadership the team at Spark Arena have rolled out a number of industry-leading initiatives and hosted the biggest events to come to the country.

Commenting on the milestone, Clumpas said “I’m pretty gobsmacked that we have come out ahead of Wembley Arena in London. If you’d have told me 30 years ago that I’d operate an arena in Auckland that is busier than Wembley, I wouldn’t have believed you.

“This achievement is testament to the solid support of our hirers, and the talented individuals who make up the team at Spark Arena. They work tirelessly to deliver a world class venue experience to those on the stage or court, and to the audience out front watching them. Over the past 12 years, we’ve hosted the very biggest and best acts from around the world and I’m proud that Auckland is now a permanent fixture on the international touring map, not just a sometime add-on to an Australian tour.”

In 2018, P!nk’s Beautiful Trauma tour broke the record at Spark Arena with six sold-out shows playing to 73,087 fans. Not only does the Arena host the world’s biggest acts but The Tuning Fork, the ‘baby venue’ located at the front of the Arena, continues to grow.

Spark Arena General Manager, Brendan Hines added “the Tuning Fork really came of age this year with Billie Eilish selling out the main arena to more than 9,000 fans, after she played The Tuning Fork twice in 2017 and 2018.”