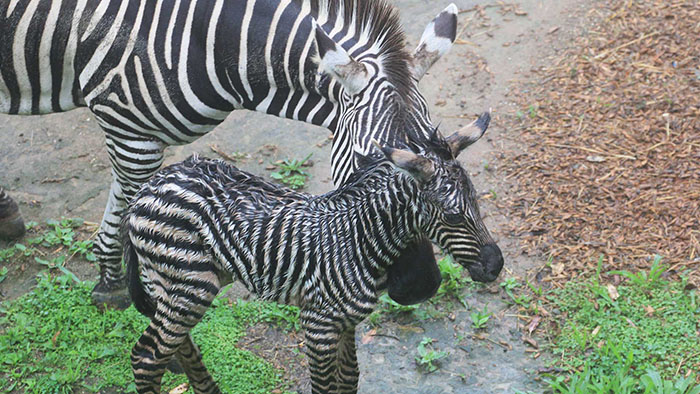 Seven year old female zebra Layla and foal (sex still unknown) are both doing well. However, it is still early days so the Auckland Zoo team are monitoring them closely while they take this time to bond and the foal gets used to a whole new world of zebra, giraffe, humans and other creatures.