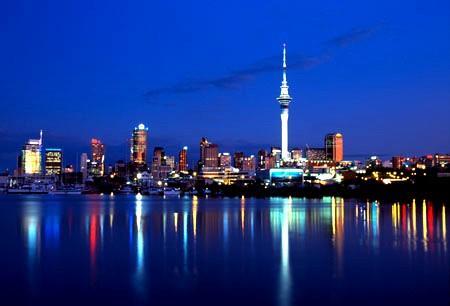 Auckland is celebrating being ranked the third most liveable city in the world in the Mercer 2011 Quality of Living Survey.

New Zealand's harbourside city moved up from fourth place last year and is third only to the European cities of Vienna and Zurich.

Auckland Tourism, Events and Economic Development (ATEED) Manager Tourism Jason Hill says this is an outstanding result for the destination, stating "Auckland has performed consistently well in this survey, but to jump to third spot and be the only Southern Hemisphere city ranked in the world's top 10 is an excellent achievement.

Auckland was credited for having a good surrounding environment of parks and beaches and a wide selection of restaurants, which are both aspects of the destination that appeal to visitors.

Hill states "the liveability of a city typically makes it more attractive for visitors and we expect to see this reflected in positive levels of visitor satisfaction."

The survey result comes hot-on-the-heels of Auckland welcoming visitors for Rugby World Cup 2011, which saw the region enjoy strong numbers with a 28% increase in arrivals in September and October compared to last year.

Hill adds "following on from Auckland's great success with the Tournament this is another reason for Aucklanders to feel extremely proud of our world-class city."

The timing of the Mercer ranking also bodes well as Auckland is soon to launch its ten year Visitor Plan.

Here Hill concludes "we've got a dedicated focus on boosting the visitor economy and the perception of our destination offshore, and particularly in key visitor markets, will be a positive influence."

ATEED was established by the Auckland Council to improve New Zealand's economic prosperity by helping lead the successful transformation of Auckland's economy.

For more information go to www.mercer.com/press-releases/quality-of-living-report-2011