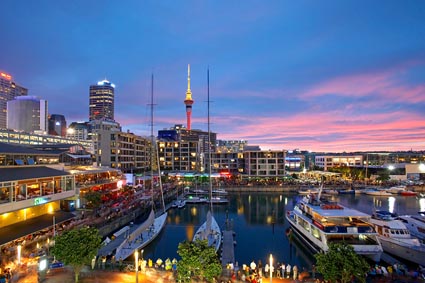 Auckland is now considered to be among the world's top seven sporting cities, being shortlisted as a finalist - alongside Copenhagen, Dusseldorf, Glasgow, London, Manchester and Melbourne - in this year's International Sports Event Management (ISEM) Awards.

Auckland Mayor Len Brown welcomed the shortlisting, stating "this recognition coming as it does on the weekend we host the the ITU World Triathlon Series Grand Final and a year after the Rugby World Cup is another feather in the cap for Auckland as we work to become a great events and tourism destination.

"Our Major Events Strategy, managed by council controlled organisation, ATEED, is really starting to pay off. These events mean more visitors for Auckland, more money pumped into our local economy, more visibility for Auckland on the international stage and most importantly more jobs for Aucklanders."

The event sector is the life-blood of the business of sport and those who set the standard, innovate and excel, deserve to be recognised and rewarded at the industry's flagship Awards.

Winners will be awarded at a Gala Dinner to be held on 7th November at The Cumberland Hotel in London.

For more information go to www.eventmanagementawards.com