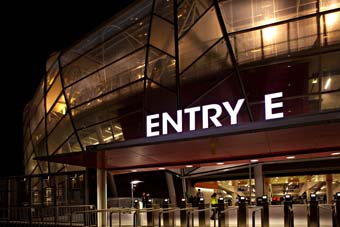 With another bumper crowd expected for the Dick Smith NRL Auckland Nines at Eden Park over the weekend of 31st January and 1st February, organisers will be taking a careful approach with the event's alcohol management policies.

While there were just two arrests for intoxication over two days at last year's sold-out inaugural NRL Auckland Nines tournament, the once sell-out Wellington Sevens (7s Wellington) tournament - also being held in February - has been plagued with alcohol issues and related violence in recent years.

Martin Snedden, Chief Executive of Duco Events, organisers of the Nines, is also mindful of alcohol related disturbances at the BW Festival in Gisborne on New Year’s Eve which saw 80 people injured and 63 arrested.

Snedded told the New Zealand Herald “without doubt that will have caused reputational issues for that festival that will haunt them in future years.

"From our point of view we are really keen to make sure that our patrons can really enjoy an environment where they can have a drink, but if the situation is moving in the wrong direction, we move quick enough to protect the vast majority of people who just want to enjoy what is happening in the stadium and on the field."

The Auckland Nines will see more than 40,000 water bottles handed out at the gate and the number of free water outlets where the bottles can be filled will be increased.

Crowd behaviour will be closely monitored and alcohol sales either restricted or stopped if patrons threaten to become unruly.

The size of the alcohol-free family zone inside Eden Park has also been doubled from 750 seats to 1,500.

Bars within the ground shut before the semifinals on the second day at last year's tournament. The move had angered some patrons, but Snedden said the same cautious approach would be taken.

He added “we are going to annoy a small number of patrons but we are prepared to wear that.

"We know there are quite a few patrons that would love the bar to stay open to the end. But I think it is pretty well known that after five or six hours, particularly in the sun, that levels of intoxication rise and problems start to emerge.

"If that is clearly the case, then from our point of view we want to do what we can to knock that on the head."