Auckland Live has been awarded at the 2015 New Zealand Arts Access Awards for its work in making its venues accessible through staff training, venue improvements and sign language interpreted workshops.

Presented on 1st July at the Arts Access Creative New Zealand Arts For All Award 2015 in the Banquet Hall of Parliament by Arts Access Aotearoa the annual Awards are the key national awards in New Zealand celebrating the contribution of individuals and organisations providing opportunities for people with limited access to engage with the arts as artists and audience members.

Its receipt of the Arts Access Creative New Zealand Arts For All Award 2015 was based on its creation of an e-leaning module in collaboration with subject matter experts from Be. Accessible, Diversity Works, Auckland Live’s Accessibility Programmes Producer and Arts Access Aotearoa. Actors in the module were accessibility patrons, who were involved in shaping the training scenarios. Auckland Live was the first organisation in New Zealand to have accessibility programming of this sort.

Auckland Live Director Robbie Macrae explains “it’s important to us that everyone has the opportunity to experience live arts and entertainment and we want to make sure those who have accessibility needs feel confident about visiting us with a full range of services available to meet their needs.”

Richard Benge, Executive Director of Arts Access Aotearoa, said that one in four people in New Zealand – more than one million – live with a disability or impairment, stating “that’s a lot of people, who all have the right to enjoy the arts as artists, participants, audience members and gallery visitors.

“(The) Arts Access Awards celebrate artistic achievement, and the people and organisations in our diverse communities making the arts accessible to everyone in New Zealand.” 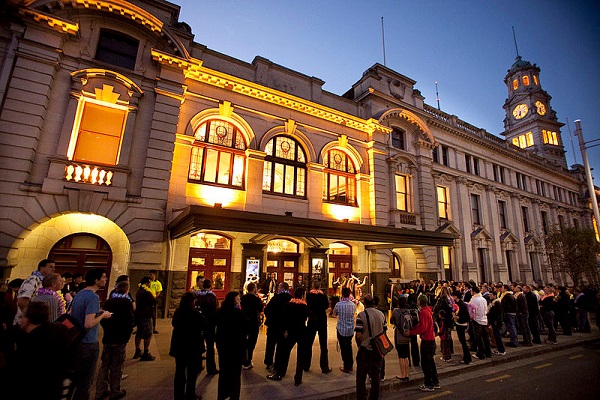 Arts Access Aotearoa advocates for people in New Zealand who experience barriers to participation in the arts, as both creators and audience members. Its key stakeholders are people with physical, sensory or intellectual impairments; mental health service users; and the community and professional arts sectors. It’s also the key organisation in New Zealand facilitating the arts as a tool to support the rehabilitative process of prisoners.

Arts Access Aotearoa receives core funding from Creative New Zealand and has a contract with the Department of Corrections to support and advice on its arts activities and programmes.

Awards were presented by New Zealand’s Arts, Culture and Heritage Minister Maggie Barry who stated “the Arts Access Awards celebrate the individuals, community groups and organisations that provide opportunities for people with limited access to engage with the arts, both as audience and artist.

“It was a very impressive occasion, and a reminder of the vibrancy and diversity of the creative arts sector.”

“The supreme award, the Arts Access Accolade, was awarded to Neil Cox of the Isaac Theatre Royal.

“Neil and his team have ensured that all people, regardless of mobility, can access the arts following the Theatre’s fully accessible $40 million rebuild.

“The creativity, imagination and commitment that each of last night’s winners have shown to the arts, to disabled people, and to their communities serves as an inspiration to all New Zealanders.”