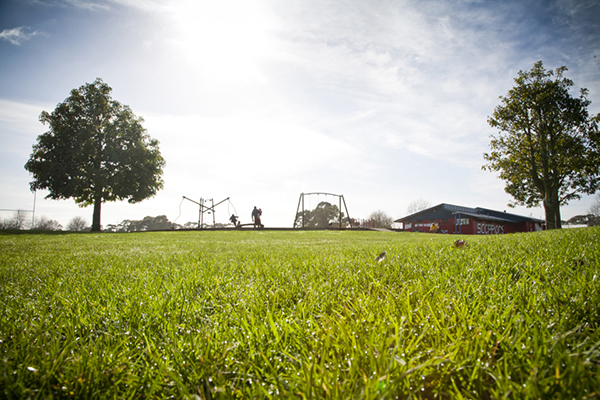 The Ngāti Ōtara Multi-Sports and Cultural Centre is set to receive a major upgrade after Auckland Council approved $1.5 million in extra funding.

The decision was welcomed by Ōtara Papatoetoe Local Board. The board has been advocating for the multi-sports complex that will provide the local sporting community with a modern facility to help them thrive. The new complex will include a new clubroom, first-aid centre, kitchen, laundry and changing rooms.

Local Board Chair Lotu Fuli says that it has been a long time coming and the board is pleased that it’s finally going ahead, advising "the people of Ōtara have been waiting for this for more than 20 years. Our local board has worked hard to secure the $4 million for the designs and build. We are overjoyed that the governing body has granted us the $1.5 million to cover the shortfall we had."

Fuli says that the Ōtara community deserves better opportunities to explore the abundance of talent and the potential it has, adding “I know our community is celebrating right now and looking forward to having a facility that is fit for purpose and meets the needs of our community.

"South Auckland is bursting with sporting talent, and through this facility, we’ll be able to provide them with the right tools to realise their full sporting potential.”

Fuli thanked Manukau Ward Councillors Alf Filipaina and Fa'anana Efeso Collins for strongly supporting the project. She acknowledged their advocacy work at the governing body that resulted in a unanimous decision in favour of the funding.

Ngāti Ōtara park is the home ground for the Scorpions rugby team.

He stated "the Ngāti Ōtara sports centre is pivotal to the growth and development of local sports in Ōtara. It gives local sports codes like rugby league, kilikiti, tag and netball decent playing areas where our local athletes will excel.

"If it is not funded, local sports people will be lured to look elsewhere to grow their talents. Residents from lower socioeconomic areas should not suffer further disadvantage, when the Auckland Plan seeks to ensure an inclusive, healthy city for all, not just the wealthy."

A preliminary design for the facility was completed earlier this year. The cost of the entire project was estimated to be $5.5 million, which included the additional $1.5 million required to mitigate methane gas issues in the ground and provide a laundry facility that the clubs can use to offset operational costs.

The project was nominated as a priority project by Otara Papatoetoe Local Board for the One Local Initiative programme (OLI). The Finance and Performance Committee approved OLI funding to cover the remaining $1.5 million required for the completion of the project.

A marae is also planned for construction on the site when adequate funding can be raised by the Ōtara-Papatoetoe Local Board.

The construction of the sporting complex will begin later this year.