Thousands of athletes from 45 Olympic Council of Asia members are gathering in South Korea's western port city of Incheon for the 17th Asian Games.

Running from 19th September until 4th October, the 2014 Games will feature 439 events in 36 sports staged across 49 competition venues and 48 training facilities.

Competition in the football tournament began on Monday (15th September), with North Korea's men defeating China 3-0 to the delight of some locals and a small contingent of North Korean fans. 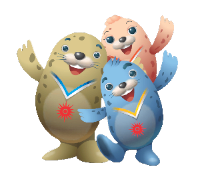 That show of inter-Korean unity came despite tensions between the countries.

The 2014 Games, officially known as the XVII Asiad, will be inaugurated with an opening ceremony this Friday featuring Gangnam Style singer PSY alongside other Asian entertainers.

With nearly 900 athletes, China is fielding the largest team at Incheon and is expected to take home the most medals. South Korea and Japan are also set to feature prominently on the podium.

The centrepiece of the Games is the Incheon Asiad Main Stadium (pictured below), a newly complted all-seated venue with a capacity of 61,074 seats. 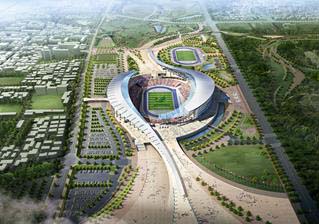 Planned to be reduced to 30,000 seats after the Games, the US$400 million stadium was designed by Populous.

The XVII Asiad will be followed by the 2nd Asian Para Games which runs from 5th to 11th October.

For more information go to www.incheon2014ag.org/index