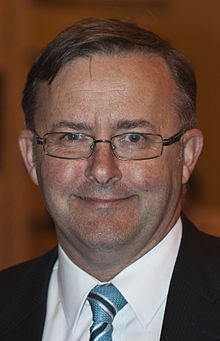 Anthony Albanese's appointment as the Federal Opposition's spokesman on Infrastructure, Transport and Tourism has been welcomed the Australian Tourism Export Council (ATEC).

Albanese, who also held the regional Australia portfolio in the last Federal Government was appointed by Labor leader Bill Shorten, his recent opponent for the leadership of Federal Labor Party.

ATEC has welcomed the former Minister's addition of the tourism portfolio to his list of responsibilities as Shadow Minister for Infrastructure and Transport/Tourism, with Managing Director Felicia Mariani stating "this portfolio alignment is a good fit and recognizes the strong position tourism has in contributing to the strength of Australia's economy.

"We now see that both major parties recognise the importance of building on the opportunities offered by export tourism, elevating the portfolio to Cabinet status.

"Both the Prime Minister and Opposition leader have now acknowledged tourism as being a very important part of our national economy and deserving of strong policy focus."

Labor leader Shorten emphasised his previous leadership opponent's "regional" credentials, stating that the portfolios of transport, infrastructure and tourism were important "as a jobs generator" and "important to regional Australia."