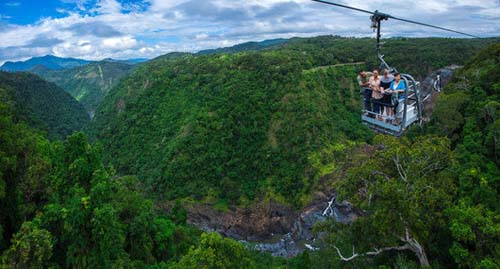 “We should start seeing the benefits of ATE14 through increased visitation from April 1 as brochures would have been released earlier in the year for this travel period.

“China Eastern increased direct flights for the Chinese New Year period in response to the strength of that market.

“The confidence shown by SilkAir announcing direct flights from May also would have been influenced by the positive distribution system noise around ATE.”

Erwin stated “we have received one new contract which emerged from our contacts at ATE14 and we believe this result was enhanced by the opportunity to show that client what Tjapukai offers.”

Bennett stated “particular success has come out of North America and Scandinavia.”

12th May 2014 - SPECTRE OF TOURISM BUDGET CUTS HANGS OVER ATE