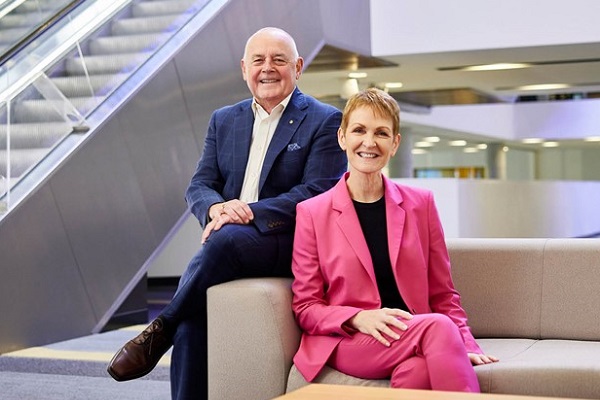 ASM Global (APAC) Chairman and Chief Executive, Harvey Lister AM said the executive restructure was integral to future proofing the venue for continued growth as it heads into a period of unprecedented infrastructure development ahead of Brisbane’s Olympic era.

Lister said he was delighted to announce that BCEC’s current General Manager Bob O’Keeffe AM, will combine his new position as Chief Executive of BCEC with that of Chief Operating Officer - Venue Operations for ASM Global (APAC), a newly created role to meet the growing footprint of ASM Global APAC.

Kym Guesdon who currently carries out the dual role of ASM Global Group Director, Human Resources (HR) for the region as well as the BCEC HR Director role, has been appointed as BCEC General Manager - becoming only the second person to hold that position in the Centre’s 26-year history.

Lister congratulated Guesdon on her appointment, noting “Kym has been a senior executive at BCEC for more than 20 years and has full knowledge of the commercial and operational environment of the Centre.

“She played an extremely critical role during the COVID-19 Pandemic, and will be an outstanding General Manager.”

Guesdon is one of four female general managers of ASM Global venues in the Asia Pacific and Middle East region, all of whom, Lister notes have vast experience and extraordinary skill sets.

Guesdon says her main role as General Manager is to continue enabling the successful delivery of events, along with the BCEC Team, building on O’Keeffe’s extraordinary legacy.

She advised “the Centre is the major driver of Business Events to Brisbane and Queensland and going forward as well as ensuring the success of the Centre, I see my role also as a key stakeholder in promoting the destination.

“Brisbane’s infrastructure development has already begun, and with the boost of further investment as part of the official Olympic Infrastructure program, Brisbane’s appeal as a business events destination is expected to skyrocket.”

O’Keeffe. who will spend most of his time on Head Office duties, while also retaining involvement in BCEC operations for the immediate future, added that he is “looking forward to working closely with my current ASM Global Convention Centre colleagues around Australia and the Asia Pacific as well as the great teams in ASM Global’s arena and stadium network.”