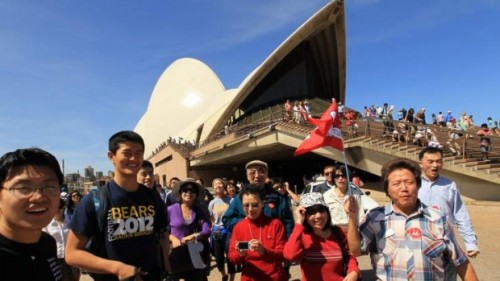 International visitor arrivals to Australia rose by 11.4% in the year to January 2017, with Asian nations comprising seven of our top 10 source markets, and delivering almost 50% of total arrivals over the past 12 months.

Representing a 35% growth in spending by international visitors to Australia over the last three years, the figures show double digit growth in visitor numbers from 12 key source markets last year, with the fastest growing markets being: Taiwan (up 26%), Japan (up 24%), Korea (up 24%), China (up 17%) and the United States (up 16%).

China was our second-biggest market with 1.25 million visitors, up 17.3%, putting it well on track to become our largest source of overseas visitors by year’s end.

Of note, the number of backpackers visiting Australia grew by 8% during last year.

A resurgence in the Japanese market, which was worth $2.8 billion in the year 2000, is clear, with spending by Japanese tourists growing 29% last year to reach $1.7 billion, the highest level in a decade.

Aviation capacity between Japan and Australia grew 20% in the last year.

Releasing the figures, Australian Minister for Trade, Tourism and Investment, Steven Ciobo stated “the Chinese market continues to evolve as a market of free and independent travellers (FITs), with the share of holiday visitors not on group tours growing to 45%, compared to 28% in 2010.”

“China will soon be our biggest single market, but our future will be driven by the whole of Asia.

“The top 10 destinations delivered 6.1 million visitors in the year to January, or 73% of total arrivals, and of these, seven Asian markets, all with double digit growth, delivered 40% of the total.

“Beyond the top 10, it is also important to keep watching emerging giants such as Indonesia and Vietnam, which will surge in coming years.”

The International Visitor Survey is available on the Tourism Research Australia website at www.tra.gov.au.