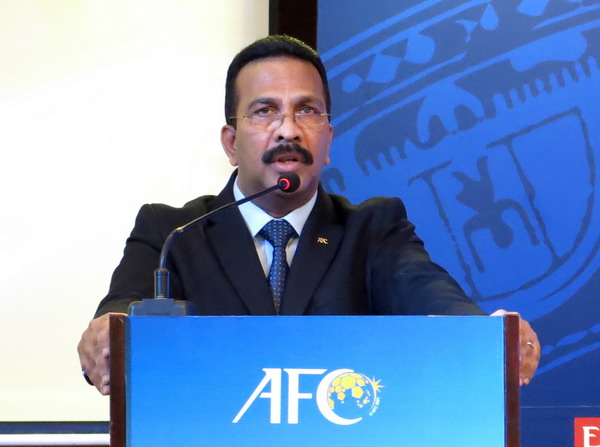 The Asian Football Confederation (AFC) has suspended its General Secretary, Dato Alex Soosay, pending an investigation of allegations that he had sought to tamper with or hide documents related to an investigation into corruption and mismanagement in the AFC.

Soosay, a former coach and Malaysian international midfielder, was suspended on Wednesday (13th May) over cover-up claims dating back to the time of disgraced former AFC President Mohamed Bin Hammam (pictured below).

The allegations centre on suggestions that Soosay tried to hide documents during a 2012 audit and the release of a videotaped interview with an AFC official who said Soosay asked him to "tamper (with) or hide" documents from investigators.

“A video statement conducted as part of a FIFA investigation was passed to media recently and the AFC has now been able to verify its authenticity.”

Soosay's suspension comes less than two weeks after he told media that "the case is closed."

On 1st May, during an interview at the AFC Congress in Bahrain, Soosay claimed that allegations had been “taken out of context”.

The documents Soosay was trying to hide are thought to relate to payments made under Bin Hammam, who was also widely accused of bribery.

The explosive claims surfaced last month via The Malay Mail, which received a copy of the July 2012 taped interview of the AFC Finance Director Bryan Kuan Wee Hoong.

On the tape and in a written statement, Kuan asserted that Soosay had asked him in 2012 at the time of a damning audit by PricewaterhouseCooper (PwC) to "tamper or hide" any documents related to Soosay.

Soosay has denied the allegations.

Kuan recorded his allegations against Soosay in July 2012 in a taped and written statement to FIFA Security Officer Michael John Pride who took the statements in his capacity as a private investigator rather than as a contracted FIFA employee.

Pride did not pass Kuan's statements to either FIFA or the AFC. 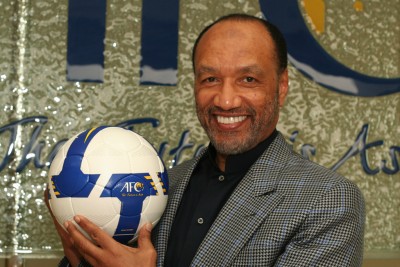 Kuan said on tape that he believed Soosay's request was related to the PwC audit. He said he had made his statements to have a record should he ever be asked about the issue, not as part of a FIFA investigation.

The AFC has in the past three years sought to bury the audit which warned that multiple payments involving Bin Hammam, who also served as Vic President of world football governing body FIFA, potentially could expose the AFC to charges of tax evasion, bribery, money laundering, and sanctions busting.

The payments included two transfers totaling $14 million from a shareholder of Singapore-based World Sport Group (WSG) in advance of the signing of a $1 billion master rights agreement with the AFC.

PwC recommended that the AFC seek legal counsel on the possibility of filing criminal and/or civil charges against Bin Hammam and on whether it could renegotiate or cancel the $1 billion agreement with WSG.

Referring to both Soosay and Kuan, PwC wrote “our transaction review revealed that items sampled were, in most cases, authorised by the General Secretary or Deputy General Secretary and the Director of Finance.

“As signatories these parties hold accountability for the authorisation of these transactions. We also note the Internal Audit and Finance Committees were aware of this practice.”

The AFC has been accused of trying to bury the PwC audit, which was limited in scope and resources, because a full investigation on the basis of its findings risked revealing alleged wide spread bribery and corruption in the way the group conducted its business at the time of Bin Hammam's Presidency and could implicate other regional and national football officials who were named in the audit. It could potentially also force a cancellation or renegotiation of the WSG contract that was never put to tender.

Malay Mail Executive Editor Haresh Deol wrote in a recent editorial “as (Bin) Hammam was slapped with a life ban from FIFA and quit all football related activities in December 2012, critics believe the (PwC) report has served its purpose.

“But what about the other revelations made by PwC? There is a lot of explaining to do. We are stakeholders and we demand answers. Silence is not an option.”

The AFC's risk of being forced into a broader investigation is linked to the fact that the Malaysian attorney general has asked police to submit a report on the allegations of corruption and mismanagement within the AFC at the time of Bin Hammam’s Presidency.