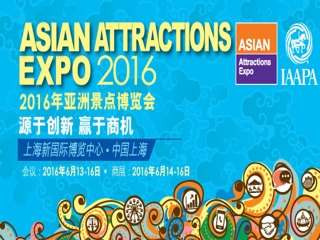 Preliminary results show that the Asian Attractions Expo (AAE) 2016 attracted a record-breaking 11,500 total participants, including 8,100 buyers, and for the sixth consecutive year broke records for the size of the trade show floor and number of exhibitors; delivered information-packed education programs; and featured sold-oout networking events at Shanghai-area attractions, including the new Shanghai Disney Resort.

Organised by the International Association of Amusement Parks and Attractions (IAAPA), AAE took place at the Shanghai New International Exhibition and Convention Centre, from 13th to 16th June.

This is the highest number of participants in AAE history and represents a 365% increase when compared to the last time the Expo was in Shanghai in 2006. 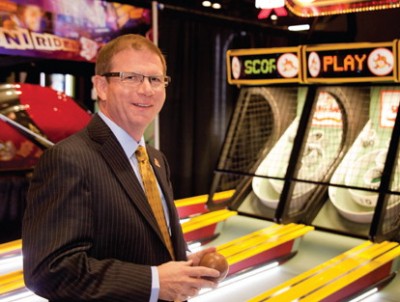 "The industry's growth in the region was on display this week with a record-breaking number of participants, buyers, and exhibitors. As I walked the show floor and listened to education speakers it was clear the energy was high and the attendees were engaged in every aspect of the show."

• 414 companies from 34 countries displayed new and innovative products across 12,339 metre² of space, the most expansive exhibition floor in the Expo's history.
• 8,100 qualified buyers from 79 nations met with industry suppliers, attended education sessions, and participated in networking events to find new ideas and learn about important trends in the industry.
• Attendance for the education conference was approximately 920, including more than 40 participants for the IAAPA Institute for Attractions Managers; more than 130 attendees at the IAAPA Safety Institute.
• The Leadership Breakfast sold out at nearly 300 registrants and featured a keynote address by Jim Seay, ICAE, 2016 Chairman IAAPA Global Safety Committee, and President, Premier Rides.
• 100 people participated in a facility tour to Shanghai Ocean Aquarium.
• 400 people participated in the Opening Night Reception.
• 600 people registered for the sold out IAAPA Presents: A Magical Evening at Shanghai Disney Resort Thursday evening.
• 500 people registered for the sold out A Day at Shanghai Disneyland Friday.

Asian Attractions Expo 2017 will be held at the Sands Exhibition and Convention Centre at Marina Bay Sands, Singapore form 13th to 16th June next year.