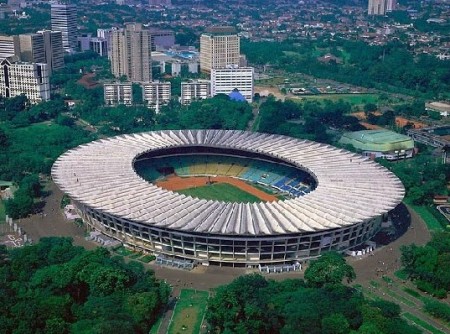 With half of the submitted single nation bids coming from Asia, the continent's chances of hosting the event for a second time (the first being Korea and Japan's co-hosting of the 2002 event) would seem to be high.

However, Asian Football Confederation (AFC) President Mohammed Bin Hammam has ruled out backing just one bid from Asia for 2018 or 2022, stating in an interview with Sydney's Sun-Herald newspaper that "it is great to see more countries in Asia showing their interest in hosting the World Cup.

"They are right to have such ambitions and this underlines the confidence of Asian nations. AFC would like to see one bid that the whole of Asia supports. But we can live with multiple bids.

"Any country that has the confidence to host the World Cup, and is supported by its people and the government, will be considered in the best position."

Bin Hammam said the only way that AFC would support a solitary bid from Asia would be if the AFC executive committee voted to support one country.

Rival Asian bids may split the four votes the region holds on FIFA's executive committee and also could compromise the ability of Bin Hammam, a Qatari, to cast a vote in favour of one country.

Surprisingly China has not submitted a bid, believed to be as a result of the game being in turmoil in that country - a topic that will be explored in the next issue of Australasian Leisure Management.