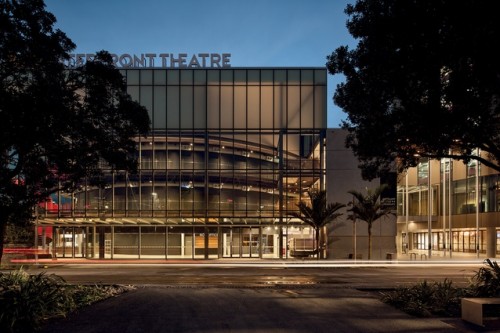 After nearly a decade in the making the Auckland Theatre Company's new $36 million waterfront home has opened.

As the only major theatre company in Australasia without a permanent home, Auckland Theatre Company (ATC) had been looking for a venue to call its own for a decade.

ATC General Manager Lester McGrath said the company came across the site, in the city’s Wynyard Quarter, seven years ago.

The building process, which took three years, was described by McGrath as “no mean feat ... we wanted to create something that was a contemporary, welcoming experience for audiences, that sort of reinvested the performance-going experience."

McGrath says that the theatre will fill a valuable niche in Auckland as one of the city's few mid-sized venues, adding "I think it's going to play an important role in the city for generations to come."

Designed by Moller Architects and BVN Architecture, the venue is the first theatre in the Southern Hemisphere designed for a 5 Green Star rating while its large theatre and stage space presents the right configuration and capacity to host international touring productions, which often bypass Auckland due to the lack of a suitable venue. 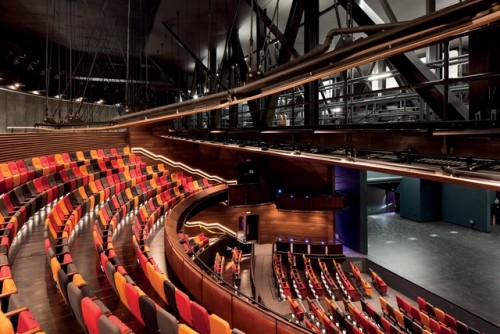 ATC Chairman Gordon Moller, who was also the theatre's lead architect, believes that the venue will fit into the city, stating “we want to bring theatre to the people a lot more than we have.

“Presently we play to 80,000 a year with our seven main bill shows. I think over the next five years we'll double that, because people will be able to see the theatre. It's on the waterfront, it's very visible."

The opening of the theatre has also been welcomed by New Zealand Minister for Arts, Culture and Heritage Maggie Barry, who expects that Auckland’s thriving arts scene will be well served by the venue.

Minister Barry stated that the theatre represents “a superb example of what can be achieved when arts organisations and funders work together.

“It is an outstanding facility where we will celebrate, promote and nurture the arts, and provide a platform for Auckland’s voices to be heard.”

Funding for the theatre included a $4.2 million contribution from Creative New Zealand, the Government’s arts funding body, and support from ASB Bank, Foundation North, the Auckland University of Technology and many others.

The first show performed in the new venue will be the musical Billy Elliot, which opens on 7th October.