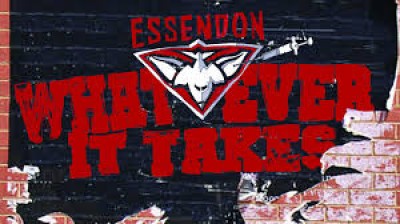 Essendon players have reportedly been issued with show-cause notices by the Australian Sports Anti-Doping Authority (ASADA).

ASADA served the notices on Thursday following a 16-month probe into the club's 2012 supplements program.

Any players or officials found guilty of doping offences face suspension from all sport.

But the process of deciding whether anyone is guilty could take years, with legal action a certainty.

Essendon announced on 5th February last year that they were to be investigated under a joint AFL and ASADA inquiry.

In August last year, the AFL heavily penalised Essendon, kicking them out of the finals and suspending coach James Hird for 12 months among other punishments.

Since then the ASADA investigation has been ongoing while Essendon commenced their own investigation into the supplements program.

Investigator Ziggy Switkowski reported "a disturbing picture of a pharmacologically experimental environment never adequately controlled or challenged or documented within the club".

Earlier on Thursday, Essendon Chairman Paul Little addressed the ASADA issue in a letter to members.

Little stated "unfortunately there has not been any significant developments or relevant information made available to the club in recent weeks.

"Our players are still carrying the heavy burden of continued speculation in the media with no concrete timetable for the Asada process to conclude – this has been incredibly frustrating for us all.

"However, I can confirm we are exploring all legal options for our players in the unlikely event they receive show cause letters from ASADA.

"We make no apologies for that."

AFL Chief Executive Gillon McLachlan believes that the latest development in the Essendon supplements saga will impact the 2014 season.

McLachlan told the AFL.com.au website "everyone is sick of it, there is absolutely no doubt about that.