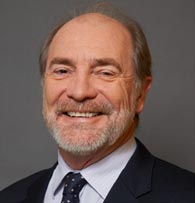 Beleaguered Australian Rugby League Commission (ARLC) Chairman John Grant has today announced that he will not stand for reappointment at the end of his current term in February 2018.

Grant was appointed as the inaugural Chairman of the Commission in February 2012 and will have completed his second term when he steps down.

However, his tenure has long been underpinned by a bitter funding war with clubs, some of which have been pushing for his removal, after the game's record broadcast deal in 2015.

The disharmony led to a push for constitutional reform, which Grant hinted was likely to be given the go-ahead in a statement made on his impending exit.

In a statement announcing his departure, Grant commented "for some weeks, I have deliberated on the changing face of the commission, post-constitutional reform, should that occur this year, and the need for a succession plan for the role of chairman," Grant said on Wednesday.

"All well-run organisations need time to properly plan for the future and my decision, at this time, assists this.

"In the months between now and February, there is a lot to be done and I look forward to continuing to lead the game as chairman and applying all my energy to dealing with the many opportunities and challenges that are before us."

Grant remained confident the governing body would resolve its dispute with clubs, sparked when he pulled a funding deal that had been agreed in-principle in late 2015.

Under the deal, clubs were to be funded at 130% of the salary cap from 2018. However, a deal is yet to be struck and the salary cap beyond this season remains unknown.

Last December, Grant a move by clubs to have him resign at an emergency general meeting when he struck a peace deal that went close to matching the original offer.

He is also believed to have recently been at loggerheads with NRL chief executive Todd Greenberg after revelations the game has in a cashflow crisis.

The eight-seat Commission - down to six after the resignation of two members in February - could be increased to 10 next week when the NRL meets club chairs.

However, should the Commission changes not be rubber-stamped, the extra places are likely to fall to club and state representatives that could spell the end of numerous financial disputes.